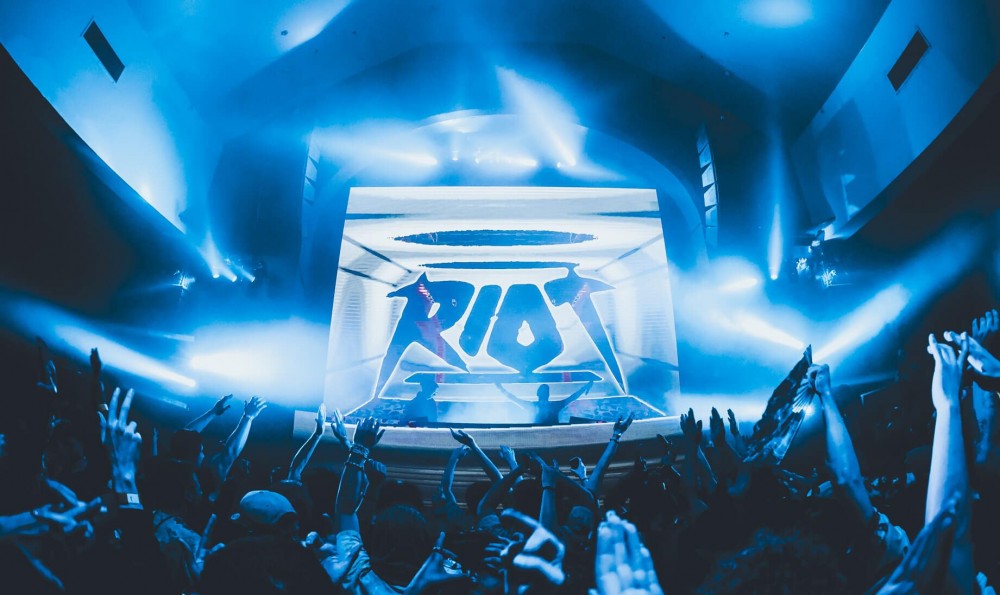 It’s been a long time coming, but RIOT’s debut album Dogma Resistance is finally here, and it’s everything I wanted and more. Though five the ten tracks tracks had already been released as singles (four, if you don’t count “Disorder (Rebirth)”), the Israeli duo has managed to keep the album fresh and exciting with an excellent album flow and phenomenal story telling.

Dogma Resistance is more than just an album, it’s a fully fleshed-out story with an accompanying comic book, as well.

RIOT brings to life the story Raymond Colt and his descendants in a fusion past and future. “Dogma Resistance” begins in the year 1936, when Colt and his sidekick accidentally uncover a nefarious force evil that the world has never seen before. Fast-forward to the year 2045 and this evil, known as Deinos, has been ruling the world for over a century. Follow along as Colt’s descendants rage a war to fight for all the humankind against the alien enemy, an adventure that will test them to their very limits and brings them into contact with things legend, such as the protector the long-lost city Atlantis.

Each the tracks on the album represent a different phase in the story, bringing in influences from all over the world, including the duo’s own Israel. Each the interludes gives listeners a chance to catch their breath and absorb a different kind sonic explanation the story thus far. Small skits within songs flesh out the plot, and the inherent intensity every single song works to keep listeners engaged and wanting more. I’m not joking when I say I’ve had the album on repeat for just about the last 5 hours straight and I’m not tired it yet.

“Dogma Resistance is an album we have been working on for well over a year and a half now,” says RIOT. “The production from start to finish was one the toughest challenges as producers that we have faced. Creating a seamless storyline in electronic music can sometimes be tough, we wanted to give the fans something more, something they would want to listen from start to finish on repeat over and over again. Allowing the fan to create their own vision and storyline for the music, becoming imaginative and creative, which as a musician, is one the best feelings a fan can give you.”

You can pre-save and pre-order the digital version and hard copies (limited) the Dogma Resistance comic here. Anyone who pre saves/pre orders it, gets a 4-page preview and will automatically get an email on Nov 13 with a download link to the full version the comic.

Listen to Dogma Resistance below!