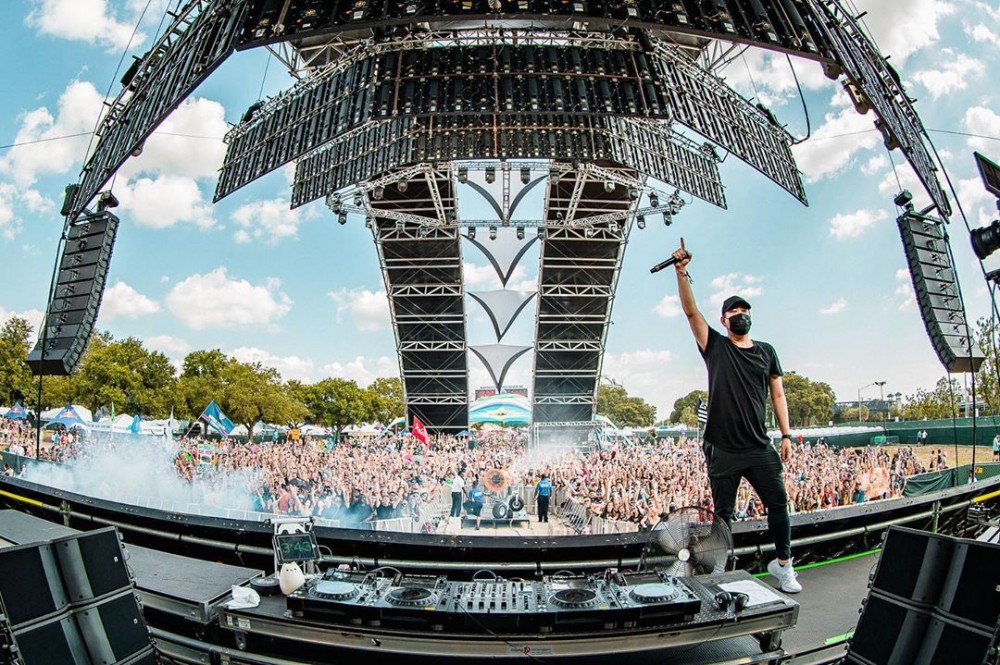 Toward the end 2018, Your EDM chose 40 rising artists to be on our “Artists To Watch” 2019 list. While we’d love to put every artist on it, some just barely missed the mark. One the artists on our shortlist was LICK, whose debut album today makes us wonder if we didn’t make a mistake not putting him on.

DARK VIBE ORDER is an 11-track journey through, well, dark vibes. The booming bass and heavily textured synths that have become a staple midtempo music over the past couple years are on full display here, especially on tracks like “DISAPPEAR” with Slowpalace & Sara Skinner and “NO WAY.”

And then there’s the melodic bass throwback on “RUNAWAY” with Tori Letzler that serves as more or less a climax the album. By that point, as with many midtempo artists, you’ve heard a lot similar sounds that tend to wear you down. It’s by no means a deal breaker, but diversity is a must, and it seems that LICK has hit his stride with this album.

With the addition a stripped down version “RUNAWAY” and a cinematic edit “DISAPPEAR,” the album rounds f on a more experimental and artistic note than just ending abruptly. It’s still a bit odd, with only 9 full tracks to include those two at the end, but it does fer a feeling a closure.

Overall, LICK’s debut album isn’t perfect, but it gives the impression that there’s so much more to come from this rising star. We’re looking forward to seeing where he goes in the next year, two, or five… Listen to DARK VIBE ORDER below and here.