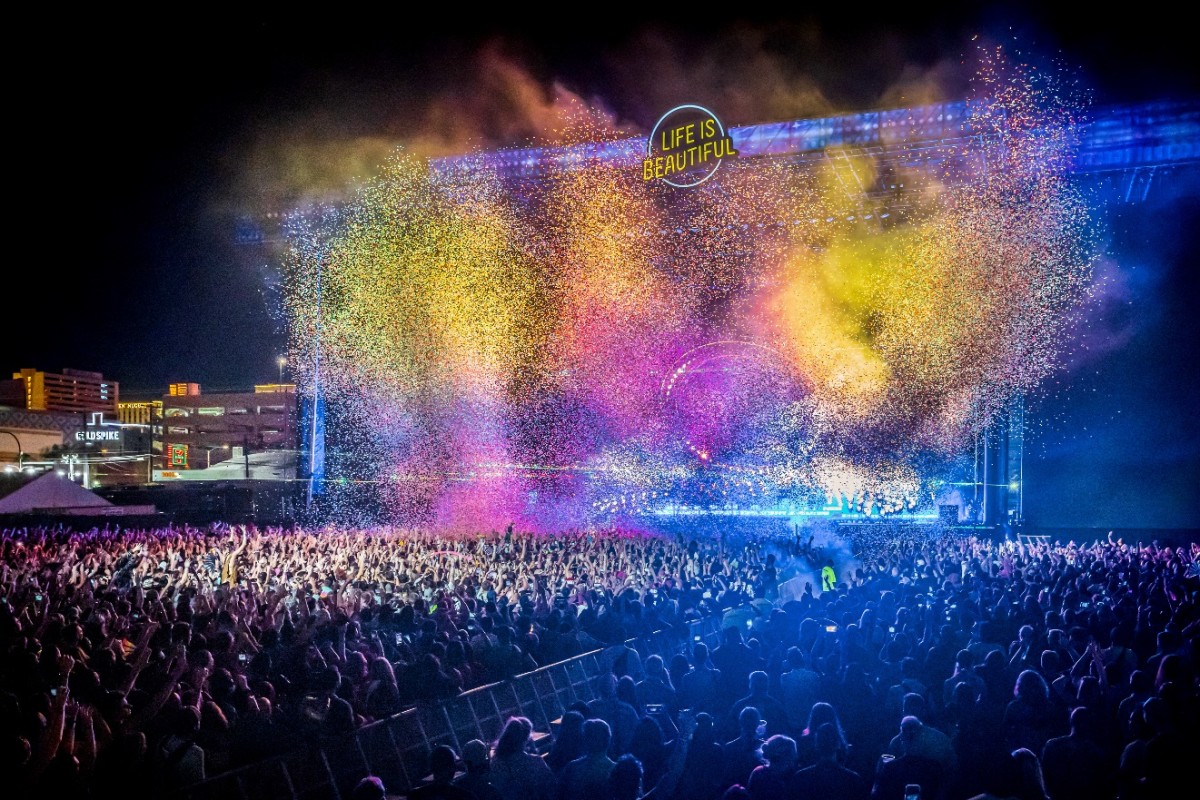 After forging a decade of memories, Life Is Beautiful music festival will begin its next chapter with new direction and ownership.

Rolling Stone has announced the acquisition of a majority stake in the downtown Las Vegas-based festival. Founded in 2013 by the late Tony Hsieh, former CEO of Zappos, Life Is Beautiful has been a boon to downtown Las Vegas.

Most recently, the festival attracted over 170,000 attendees in 2021 with headliners such as Billie Eilish, Green Day, and Tame Impala. Per The Hollywood Reporter, the event has netted $350 million in aggregate revenue since its founding.

Rolling Stone and their parent company, Penske Media Corporation, reportedly have plans to develop a broader market footprint for Life Is Beautiful, though the festival property's flagship offering will continue to remain in Las Vegas.

The deal aligns with a broader strategy on the part of Rolling Stone to diversify further into live events. Under the P-MRC brand, the joint venture between Penske Media Corporation and MRC, the company acquired a stake in South by Southwest. At the time of that announcement, Rolling Stone did not pursue changes to leadership or the core business model, and the same looks to be true with their most recent investment.

David Oehm, CEO of Life Is Beautiful since 2019, expressed his excitement for the future in a press statement. "We are thrilled to realize the potential of Life is Beautiful in partnership with Rolling Stone," Oehm said. "As a landmark institution and touchstone of the music industry for over 50 years, the Rolling Stone team will help to deepen our connection to fans of music everywhere, while also championing the cultural initiatives that make Life is Beautiful so much more than a music festival."