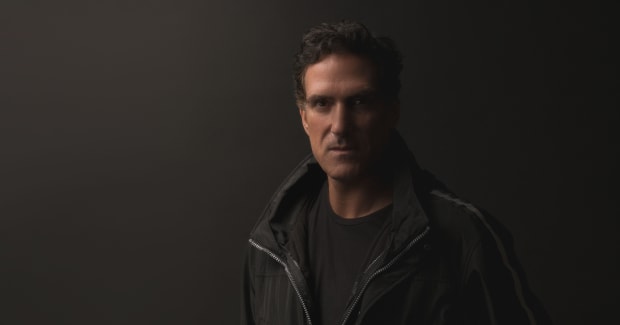 After teasing several singles from the album over the past two years, former NBA star-turned-DJ, Rony Seikaly has finally released his debut album.

Coming in at a whopping 26 tracks, Moonwalk showcases Seikaly's appreciation of diversity in sound. As a techno and house music aesthete, the Lebanese tastemaker draws upon a deep breadth of knowledge and experience. His fearless approach to production fuses influences from various electronic music styles with a strong emphasis on emotion.

Now, with the release of his visceral debut album, Seikaly does just that.

Out in full today, Moonwalk is emblematic of Seikaly's standing as an independent artist who stays true to himself, regardless of what’s trending. Each tune explores various aspects of Seikaly’s unique sound palate, striking a balance between toughness and sensitivity, mirroring his own depth.

"[Moonwalk] is an expedition, a trip, to a destination where you can be free of the trappings of modern life, and all that matters is being yourself and enjoying the pure unadulterated sense of liberation that comes with being in the moment," Seikaly said in a press release. "It’s about emotion, rhythm, self-expression, communion, and a deeply rooted understanding of feeling."

A total of nine singles were released ahead of Moonwalk, starting with "Mila" in 2020. This melodic tech house cut features an infectious groove that will entrance listeners over its seven minutes. With “Safari,” a soulful refrain adds a human touch as a crisp beats chugs and churns. That track was followed by “Envidia” (with Sasha), a warm, uplifting tune that oozes optimism.

In “Won’t Stop Now,” Seikaly utilizes an iconic sample from his friend, hip-hop mogul Diddy. Epitomizing Seikaly’s grasp of intricate production, “Shameless” weaves in a rap verse as the beat propels the momentum and a funky bassline gets the blood pumping.

"I’m OK With Yesterday” (with Vossae) is a driving tune that grips from the get-go, merging a relentless low end with delicate, emotive vocal delivery. Seikaly comes full circle in "The Last Dance," integrating his past with his present by way of a sample from NBA legend Michael Jordan that is supported by a hypnotic, tribal rhythm.

Take a listen to Moonwalk in full below.

"The inspiration to create the album came from my emotions at that time, the process was sitting in the studio with a blank canvas and going with the flow, creating music that I felt and what came out was a house music story that was made from within my deeper emotions at that moment," Seikaly tells EDM.com. "Each one of the tracks on the album followed a very natural process of production. I either started with percussions, vocals or bass lines. Depending on what I was feeling. It was an amazing experience, I really enjoyed it."

You can stream Moonwalk here.