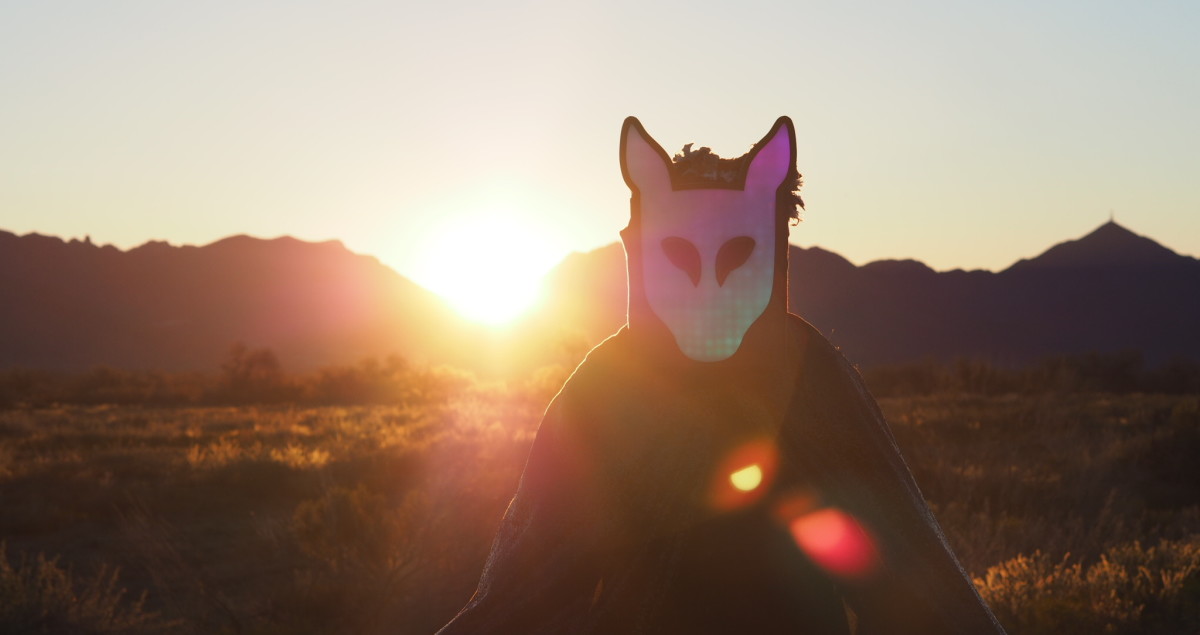 Boasting a vibrant and uplifting sound that has brightened dancefloors around the world over the past few years, Slow Magic is one of the most celebrated anonymous artists within the dance music sphere. The artist's widespread success allowed him to establish a loyal following and tour extensively, and ultimately led to his most ambitious body of work, it's the end of the world, but it's ok.

The 12-track album was released to critical acclaim via Moving Castle in late 2020, and featured the likes of Manila Killa, RUNN, Paperwhite and more. Now, Slow Magic is back in a major way, sharing an acoustic version of lead album single “Somewhere” with Woven In Hiatus.

“Somewhere (Acoustic)" is a stunning rendition of the original, driven by a minimal arrangement filled with soothing melodies and aching vocals. The acoustic version is equally as immersive, dominated by smooth guitar licks and subtle, trap-inspired percussion at the start, before slowly evolving from a heartwarming ballad to an anthemic stunner.

“'Somewhere (Acoustic)'” was rebuilt from the ground up using the guitar and vocals from Woven In Hiatus," says Slow Magic. "I wanted to make an alternate version that used all of the lyrics and felt more low key and emotional."

The release of “Somewhere (Acoustic)” coincides with Slow Magic's announcement of vinyl pre-orders for it's the end of the world, but it's okay. You can pre-order a limited edition vinyl here and listen to to the track below.