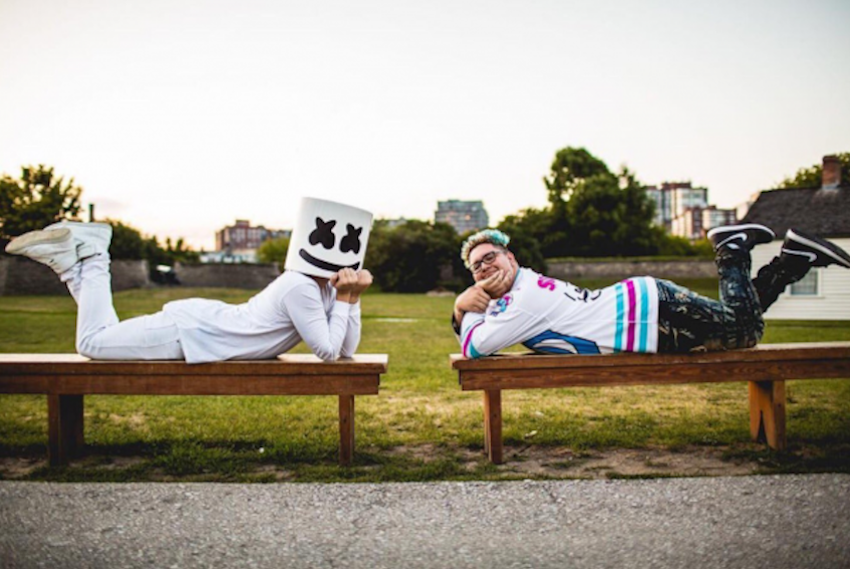 On the first day January, my DJ gave to me…

Ah, January. The time year where everyone makes resolutions and promises they know they won’t keep. However, it’s also the time year where producers create and release new music, tease upcoming releases, and announce tours.

With only one day January passing by, Slushii has already teased us with a new track. This time, it’s with Marshmello.

The preview is a whole minute long, and it seems as though it was previewed to all those fans in attendance at The Ritz Ybor in Tampa, Florida for New Year’s Eve.

Also from the preview, it seems like this collaboration holds a lot more potential than their previous collaboration, “”, which unfortunately, did not live up to the hype.

It is also apparent that Marshmello may have put his own vocals on the track, as the vocal similarities between the preview and his track are extremely apparent.

While there is no song title or release date, we’re sure they’re on their way soon. For now, you can listen to the preview, thanks to Slushii Twitter: