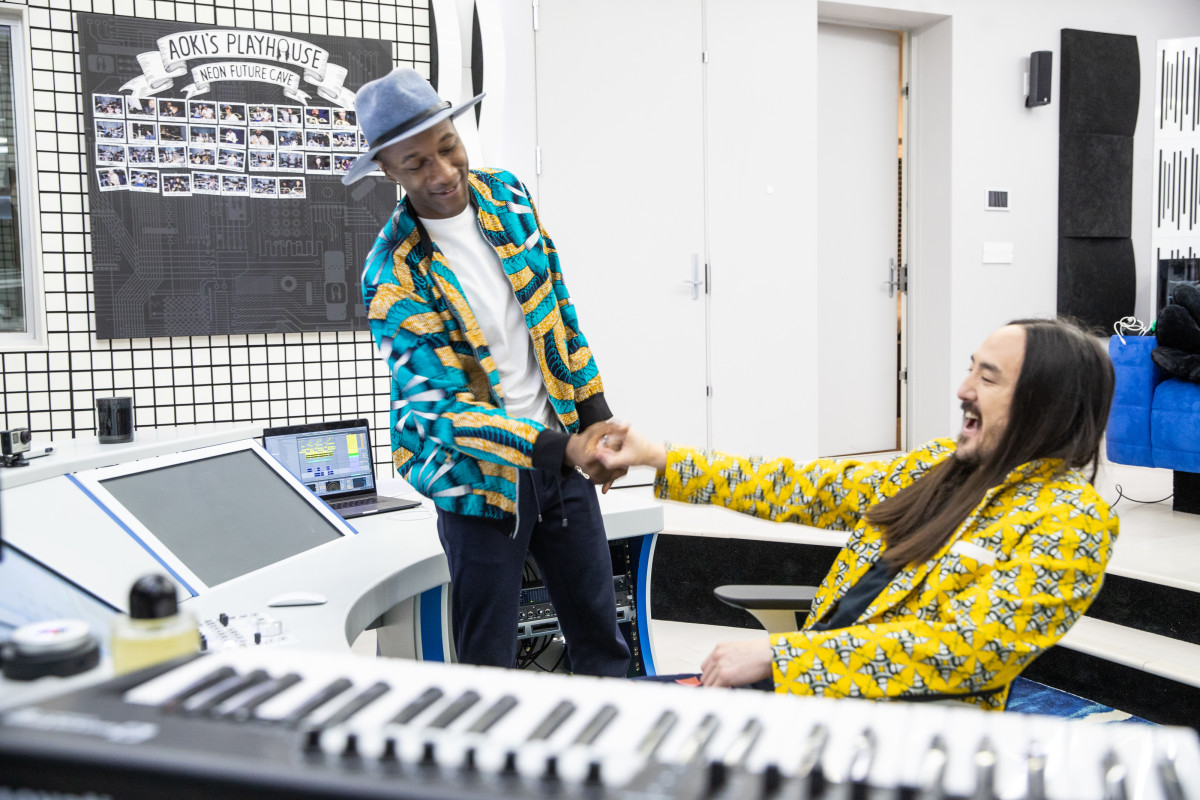 Perhaps best known for his timeless work on Avicii's "Wake Me Up," Aloe Blacc has crossed over into the dance music space with flying colors in recent years. He has appeared on tracks by David Guetta and MORTEN ("Never Be Alone"), Mesto ("Don't Worry"), and Aeroplane and Purple Disco Machine ("Counting On Me"), among others. The renowned R&B, soul and pop artist again featured on an Avicii song in April 2019, when the track "SOS" was released. The single ultimately appeared on Avicii's posthumous third studio album, Tim.

Aoki announced the upcoming collaboration on Twitter shared a photo from a recent studio session with Aloe, which you can check out below. The track is set to drop this Wednesday, December 23rd.