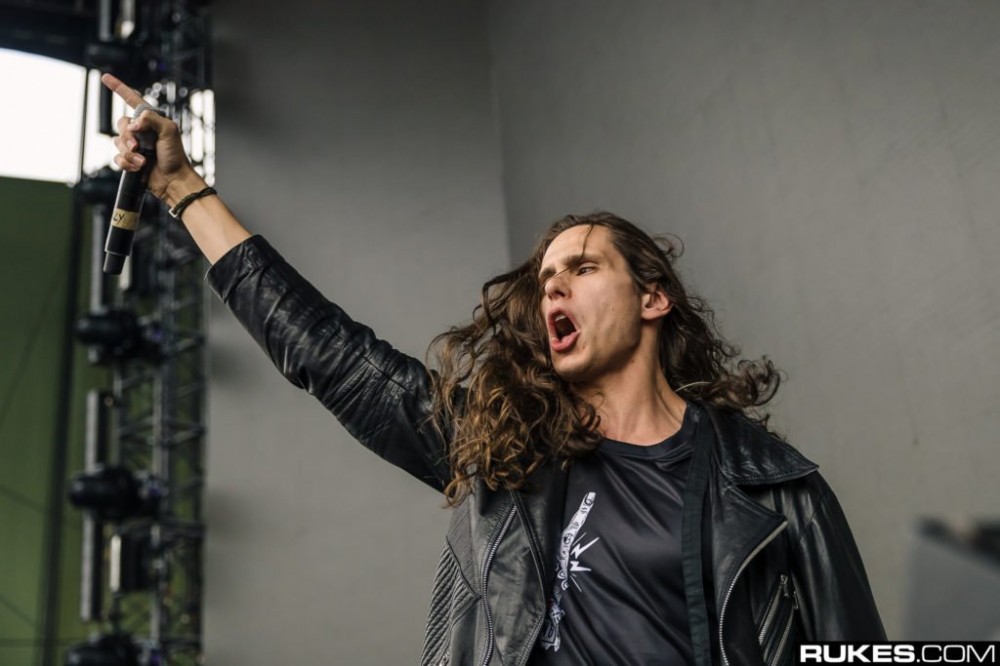 When I first received Sullivan King’s new album Show Some Teeth in early September, only a month away from release, it had just twelve tracks on it. By the time it was finally ready for release, that number had gone up to fifteen. Rather than view that as a negative, that he and his team were unable to properly track out an album so soon to release, I took it as a positive — Sullivan King has so much good music, and is so willing to continually share it with fans, that he just couldn’t stop adding to the album.

Listening through the album now, it’s clear that all Sully’s career has been leading up to this point. From all the myriad singles and EPs, he’s found his place within the scope EDM and discovered his own wildly uncompromising sound that blends bass and metal beautifully. And, rather than rely on vocals from other metal heroes, he does his own, ostensibly making him the de facto king the crossover genre — he’s not Sullivan King for nothing.

Though the metal crossover is present throughout the album, Sully also doesn’t shy away from some more melodic fare, like on “Why Don’t You Love Me?” and “Solace.” It’s that wide diversity sound that prevents Show Some Teeth from overstaying its welcome. In that regard, he’s not only showing f his talents as a producer but also as his own songwriter and, to some degree, A&R.

On that note, it’s worth mentioning that though Sullivan King is more than capable doing everything on his own, collaborations with TYNAN, Kompany, Cayte Lee, Rico Act, and SWARM bring the album to a whole new level. On the latest single with SWARM, “Hitman,” especially you get a brilliant example how his metal sound can weave seamlessly with midtempo to create an even more reckless tune. Rather than the teeth in your mouth as the album title suggests, this single is more like the sharp teeth on a steel blade as it slices through anything in its path.

Sullivan King has surely set an incredibly high bar for himself with this project, and he’ll have to overcome it by the time his next album comes, whenever that is. But not only do I have confidence he will, it’s not something I’m worrying about in the moment. Right now, I’m looking forward to his show in Los Angeles in January and playing this album on repeat.

Listen to Show Some Teeth below.