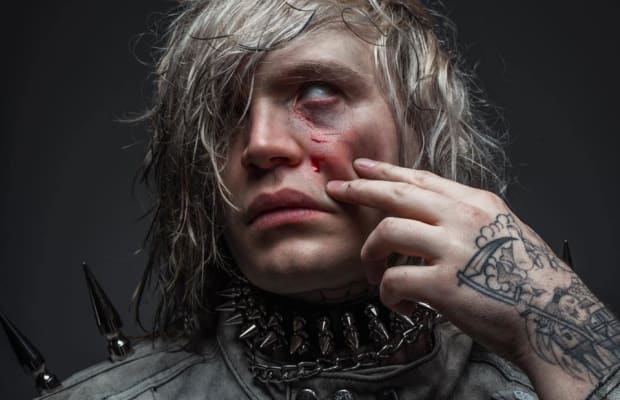 In the midst of his fall tour, which features his biggest production to date, the dubstep superstar has dropped one of his most anticipated records. Titled "Transmutation Sequence," the track skyrocketed to the top of his fans' list of favorites the second it made its live debut. Embodying all the themes that make for an all-time SVDDEN DEATH release—and dripping with his signature style—it's very easy to see why fans held their breath for so long.

When the track begins, a bell tolls and a haunting voice like something out of The Green Knight asks listeners what they would do with one wish before promising "riches from beyond your grasp." After the eerie intro, a glitchy frenzy of hard-hitting bass enters the fore. In between the chaos, an orchestral interlude welcomes the last act where the hero is presented with a terror from another world.

Delving even deeper into the darkness with menacing, acid house-inspired leads in the break, SVDDEN DEATH eventually brings the arrangement home with a dramatic second drop, a fitting end to a riveting sonic journey.

Unsurprisingly, SVDDEN DEATH's innate ability to create heavy tracks with masterful sound design is on full display, and "Transmutation Sequence" definitively lives up to the hype that surrounded it. You can download and stream here.