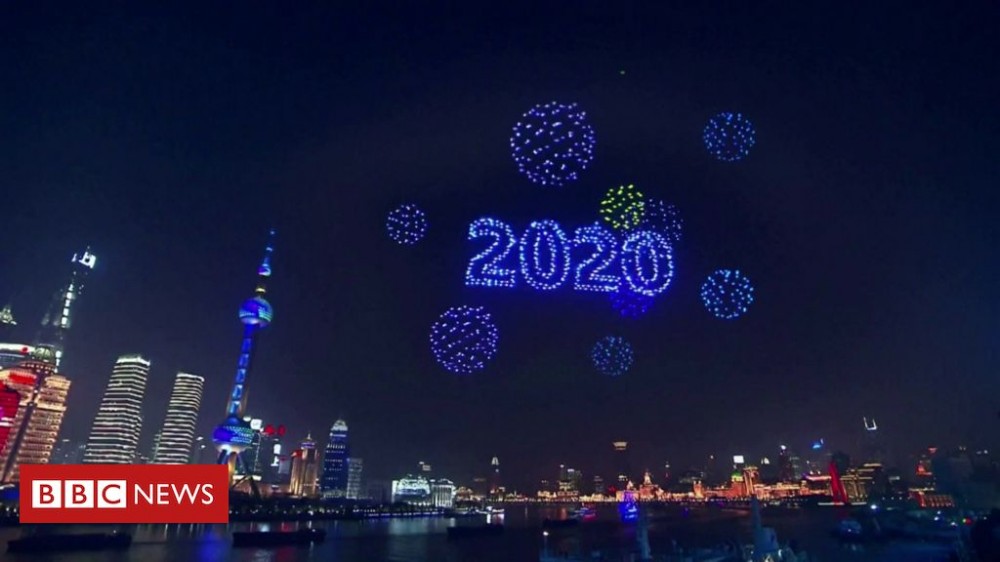 To ring in the new year, the city Shanghai set f 2,000 drones to form a spectacular light show in the night sky… or did it?

The impressive display quickly captured the attention  global media and made its rounds on YouTube, but newly surfaced reports claim the entire show was pre-recorded. In actuality, there wasn’t a drone in sight on New Year’s Eve.

However, one particular video posted on December 29th showed the exact same drone display. How could this be?

The company behind the display, Yihang Bailu, ficially confirmed to the BBC that the footage broadcast around the world was actually from a practice run that took place on December 28th, days before the New Year. This was perhaps a move to prevent overcrowding, but fake news nonetheless.

Authorities reportedly posted that “no New Year Eve celebration activity” would happen in Shanghai on NYE.

We’ve heard DJs pre-recording sets, but this is some next level trickery.