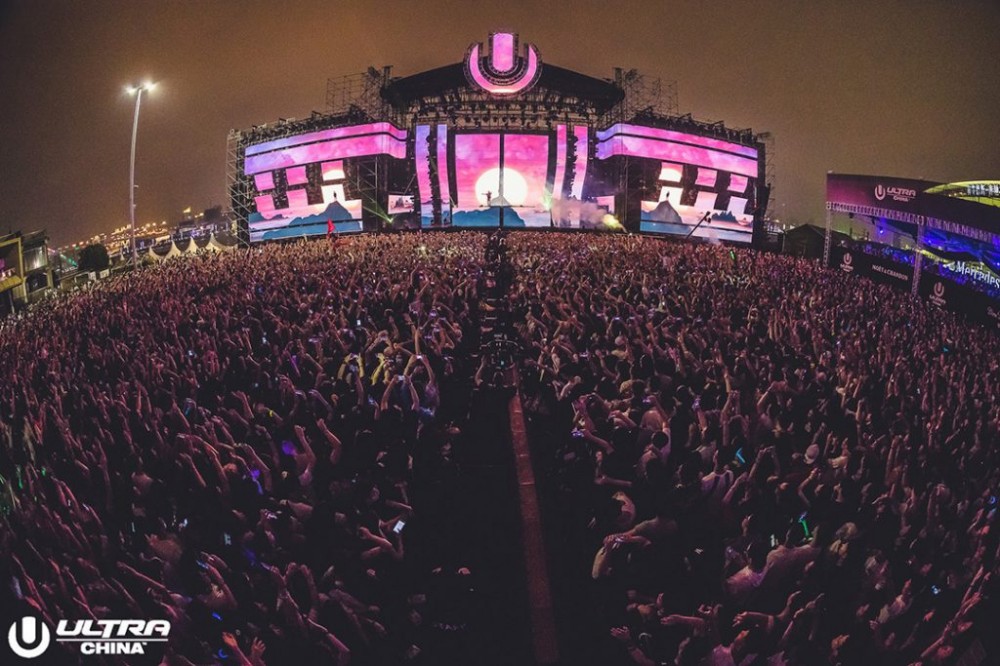 Ultra Shanghai Cancels One Week Before The Show

It is no secret that there has been some turmoil revolving around China‘s Ultra events. Originally slated for June 2018, Ultra Beijing did not go f as planned. Instead, the event was postponed to this September. Many the scheduled acts still played shows in Beijing, albeit in local clubs and music venues. Fast forward to today’s date, and it seems that the Ultra China team still has some kinks to work out.

It seems now that the event in question is not Ultra Beijing, but rather that Ultra Shanghai. While reports its assumed cancellation were floating around, it seems that it has finally been confirmed. Ultra Shanghai was scheduled to take place September 8-9. Ultranauts need not worry though, as China’s other UMF is still set to go on. Ultra Beijing is scheduled for September 15-16 and will feature the likes Armin Van Buuren, Axwell ^ Ingrosso, DJ Snake, Zedd, and many many more.

Check out the ficial statement below put out by the Official Ultra China team. For more information be sure to stay tuned to EDMTunes, as well as the ficial Ultra Beijing site. 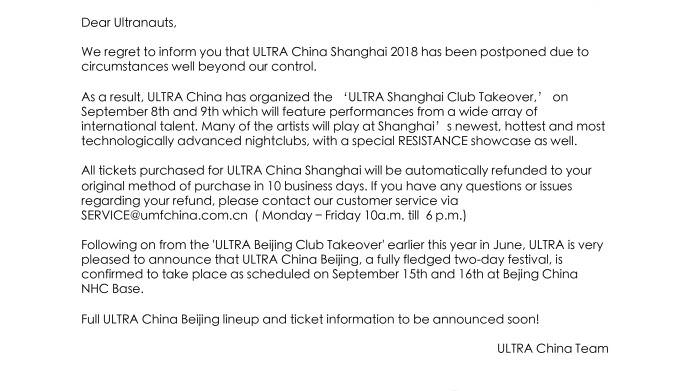 Check out our ficial EDMTunes playlist for the freshest tracks - updated weekly!