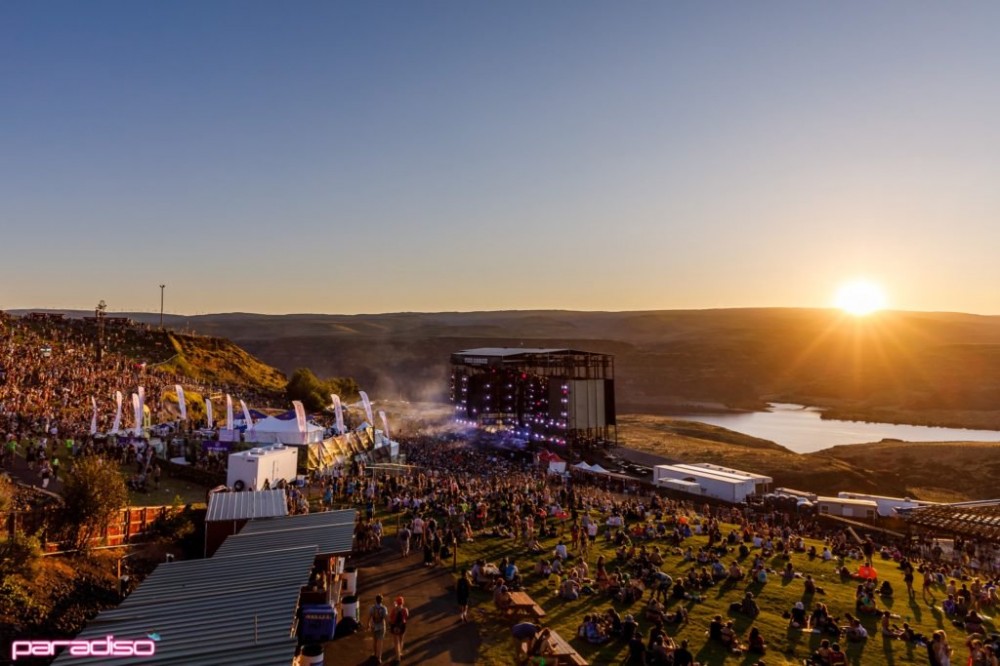 Every single year, myself and a couple friends pack up our things and make the drive down to George, WA for USC Events‘ Paradiso festival. When the festival comes to an end, we pack up once again and head home, talking about our plans for coming back to the Gorge next year.

Looking back on it, why exactly this has become an annual tradition is a bit a mystery. Is it the breathtaking sight the Gorge? Or maybe it’s the thrill breaking free life’s monotonous cycle to camp in the middle nowhere? Or perhaps it’s for the pure love electronic music?

While I’m certain all these elements play a big part in our willingness to make the trek each year, I think the single most important thing that keeps us coming back is USC’s ability to top themselves over and over again.

When the lineup for Paradiso 2019 was revealed, I knew that this year was going to be particularly special. Of course, any lineup that features Skrillex is going to be a good one, but something about the mixture trending heavy-hitters (Illenium, San Holo, Kayzo), long-time performers (Kaskade, Infected Mushroom, Benny Benassi) and exciting up-and comers (1788-L, i_o, Tails) had me especially stoked for this year’s festival.

As a massive Monstercat fan, I really couldn’t have asked for a better lineup, either. There were 18 performers in total who have grazed Monstercat at least once, and you can bet that I went to –almost– every one those sets to show my support by waving my favorite label’s flag. While I was a bit disappointed Monstercat didn’t have their own stage/takeover this year, what we got was the next best thing.

I was aware that USC underwent a pretty massive overhaul during the last year, so I did have some fear that getting into the festival would be a more bumpy ride than usual. However, my fears were eased as USC’s team was able to work quickly to get myself and the other festival-goers through the gates and into our weekend adventure.

As usual, the first thing I took notice was the refreshing stage designs. While nothing was revamped too drastically, the subtle changes definitely helped. The Wreckage stage was the most noticeably changed, with last year’s “pyramid” theme swapped out for something that looked more like a thrill ride at a water theme park. The Digital Oasis stage shared a lot similarities with its design from last year, but with the inflatable Buddha from EDC now gazing from the background. The Paradise main stage was giving me some UMF 2014 main stage vibes, featuring LED panels that “crawled” toward the center the stage to create a more immersive experience for attendees.

Surprisingly, one the big highlights the festival for me was the Deadbeats stage takeover on day two. While I’m not the biggest Deadbeats/Zeds Dead fan, the stage curation was on point and the takeover included some the most fun sets the entire festival (Rusko, Delta Heavy B2B Dirtyphonics, Gammer, 1788-L). I will have absolutely no problem f USC continues to do label takeovers at future Paradiso festivals.

The only complaint I have about the festival is the hydrate stations, which seem to stay very overcrowded until the sun sets. On the first day, I had to miss a good chunk KUURO’s set –one that I was really anticipating– because I had to wait 25-30 minutes just to fill up my water bottle to prevent myself from passing out. However, I do partially blame this incident on myself because I wasn’t aware some closer station options and I didn’t really pack enough water to begin with. On the second day, I was fine. I do think USC should invest in a few more stations next year, though.

All that aside, I do plan on returning to the Gorge for Paradiso next year, and that’s without even knowing how the lineup will turn out. Needless to say, USC Events has earned my trust, and I imagine that they will be able to top themselves yet again in 2020.