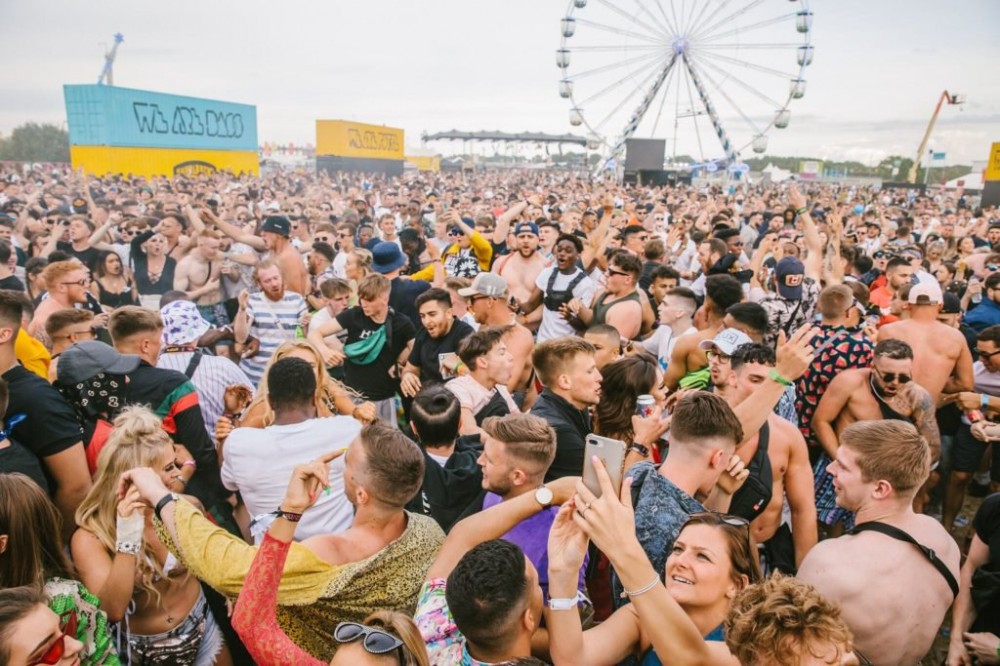 We Are FSTVL went down this past weekend, May 24-26, at Damyns Hall Aerodrome Ltd in Upminster in the UK. With headliners including Chase & Status, The Black Madonna and Jamie Jones, fans were understandably excited to get into the festival grounds on Saturday and get the party started. However, due to an alleged lack wristbands at the gate, festival goers were forced to queue for over 3 hours in blistering sun. Eventually, they had enough.

Videos below show hundreds, possibly thousands, attendees rushing the metal gates in a stampede at We Are FSTVL on Saturday as security does their best to maintain order, ultimately failing.

“They’d run out wristbands at the door so they didn’t have drink token wristbands when they were letting people through,” one 20-year-old female, who didn’t want to be named, told Radio 1 Newsbeat.

“They weren’t handing out water so everyone in the queue for three hours didn’t have a drink.”

Eventually, the heat and stress got to people and they rushed the gates, creating a stampede and terribly unsafe conditions for anyone who happened to be caught in their path.

“A barrier got thrown into the crowds, the woman next to me got hit by it and it sliced a massive chunk out her leg,” the woman continued.

“She’s passed out on the floor, security ran over to her and people were just charging through. They took out the barriers, pushed through security, punching security, just taking everyone out in their way.”

Take a look at some videos from the stampede below.

#WeAreFestival @wearefstvl my friend filmed this, i was trapped inside the tent while all this was going on clinging to a pole so I didn’t get trampled on, after three hours queuing and the blaring sun it wasn’t ideal…. pic.twitter.com/yoYZyTgJUN

We Are FSTVL, issued a brief statement on Saturday night apologizing. A longer follow-up was sent out yesterday.

Due to unforeseen technical difficulties at the wristband exchange, customers had experienced longer waiting times and for that we apologise. Security were able to overcome these issues and barriers were quickly reinstated.

Five customers sustained minor injuries and all were treated on site before rejoining the festival.

The situation was quickly resolved and measures including providing additional queueing lanes and dedicated water distributers have been taken to change the process on site today for the benefit all festival goers.

Our sincere apologies for anyone that was affected by the issue at the gate. Our event planning is done in accordance to the highest standards, working with The Met Police, London Ambulance Service and London Borough Havering and the London Fire Brigade. We take the security our audience very seriously, and constantly review our processes to ensure a safe festival environment.

We Are SORRY x

We always strive to deliver our customers a great event each year. This year that wasn’t the case for everyone on Saturday, and that pains us immensely. Whilst we managed to rectify the issue and finish on a high on Sunday, we accept queuing times on Saturday were unacceptable.

We hate the idea letting any you down. We want anyone who was affected to please get in touch with us at email protected] and we will reply back personally as quickly as we can. Thank you x

The festival went ahead on Sunday, seemingly without incident.

Photo Fanatic/Andrew Whitton for We Are FSTVL