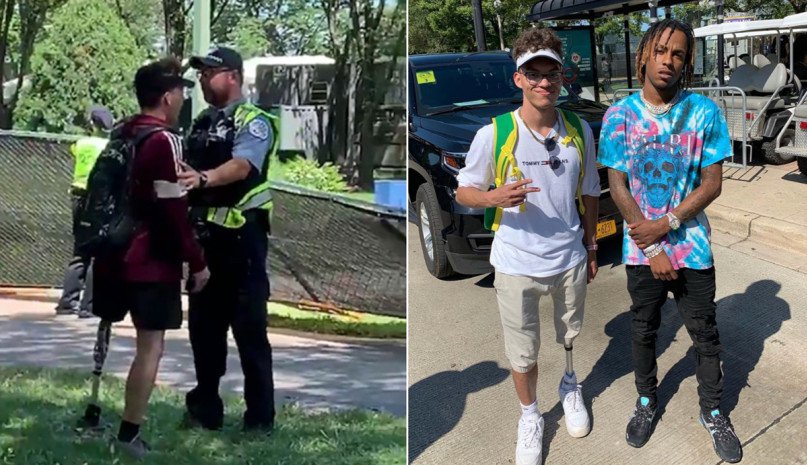 If you’ve been keeping up on Lollapalooza 2019 at all then you’ve probably seen the viral video young festival goers storming the gates. Most definitely not ok, but there’s a happy ending.

As it turns out, the one who got caught at the end the video — who happens to have a prosthetic leg — was given a free pass to the Chicago music festival over the weekend. And he got to hang backstage!

One the artists playing the event, Rich the Kid, apparently saw the footage and felt for the young kid who tried his best to sneak in. In the video below, you can see security catching up with him. That was before he got the rich treatment.

“You tryna be Rich 4 a day or Rich Forever ???” Rich the Kid shared in a post on social media along with a photo himself and his newest, biggest fan.

While we’re positive that Lollapalooza doesn’t want to glorify these gatecrashers who illegally entered the festival, we can’t help but absolutely love how this played out! Dreams come true.

Youths storm the gates #Lollapalooza as a practice run for the raid on #Area51 pic.twitter.com/ZsV4ZD7Nom