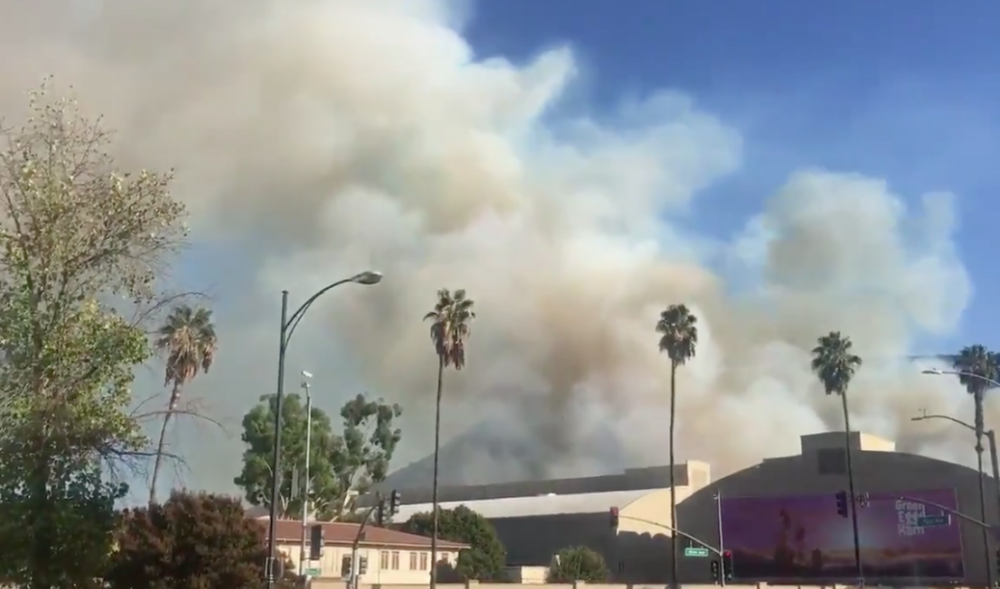 A spontaneous wildfire that broke out this weekend brushed shoulders with Hollywood’s legendary Warner Bros. Studios.

The fire came dangerously close to the studios Saturday afternoon. Though no ficial evacuation notice was issued, Warner Bros. voluntarily evacuated the grounds.

By Saturday evening, firefighters had stopped the blaze from spreading. The buildings were spared and as last night none were “presently threatened.”

One firefighter suffered from a non-life threatening injury.

The Los Angeles Fire Department also gave an update — as 6:30 pm Saturday the ongoing Barham Fire was 15% contained, after tearing through 34 acres.

A #bushfire broke in the foothills above Burbank, #California, close the the Hollywood Hills, on the afternoon November 9 and burned close to the famous Warner Bros Studios before firefighters halted its progress.#CAwx #BarhamFire pic.twitter.com/qro6nMKbEN