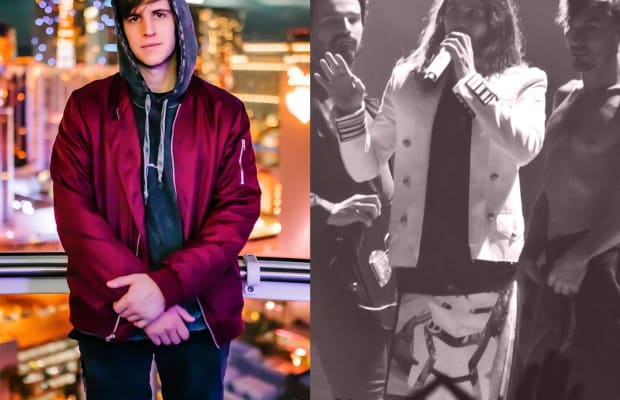 ILLENIUM's latest super-collab could end up being his biggest to date.

The famed Fallen Embers producer dropped a brand new alt-rock and EDM crossover featuring 30 Seconds to Mars at the Las Vegas music festival Life Is Beautiful over the weekend. Tentatively titled "Wouldn't Change a Thing," the uplifting track is rife with the warm synths and soaring strings of a signature ILLENIUM composition.

After videos of the song's debut began to circulate on Twitter, it wasn't long before ILLENIUM slid in to confirm the collab with a tweet of his own: "I promised to play some new new this weekend," he wrote.

While ILLENIUM stopped short of announcing a release date for "Wouldn't Change a Thing," it seems the tune will hit streaming platforms very soon. One fan tweeted that Instagram blocked him from posting his video recording for copyright reasons, which points to the song's delivery to digital service providers like Spotify, YouTube, and Apple Music.

Check out a couple clips of the song's live debut below.

The prolific producer and guitarist has always had an affinity for pop-punk and alt-rock, and their intersection with electronic music. Back in October 2020 he released "Paper Thin," a huge collab with Angels & Airwaves and the band's iconic frontman, Tom DeLonge. That single ultimately appeared on ILLENIUM's fourth studio album, Fallen Embers.