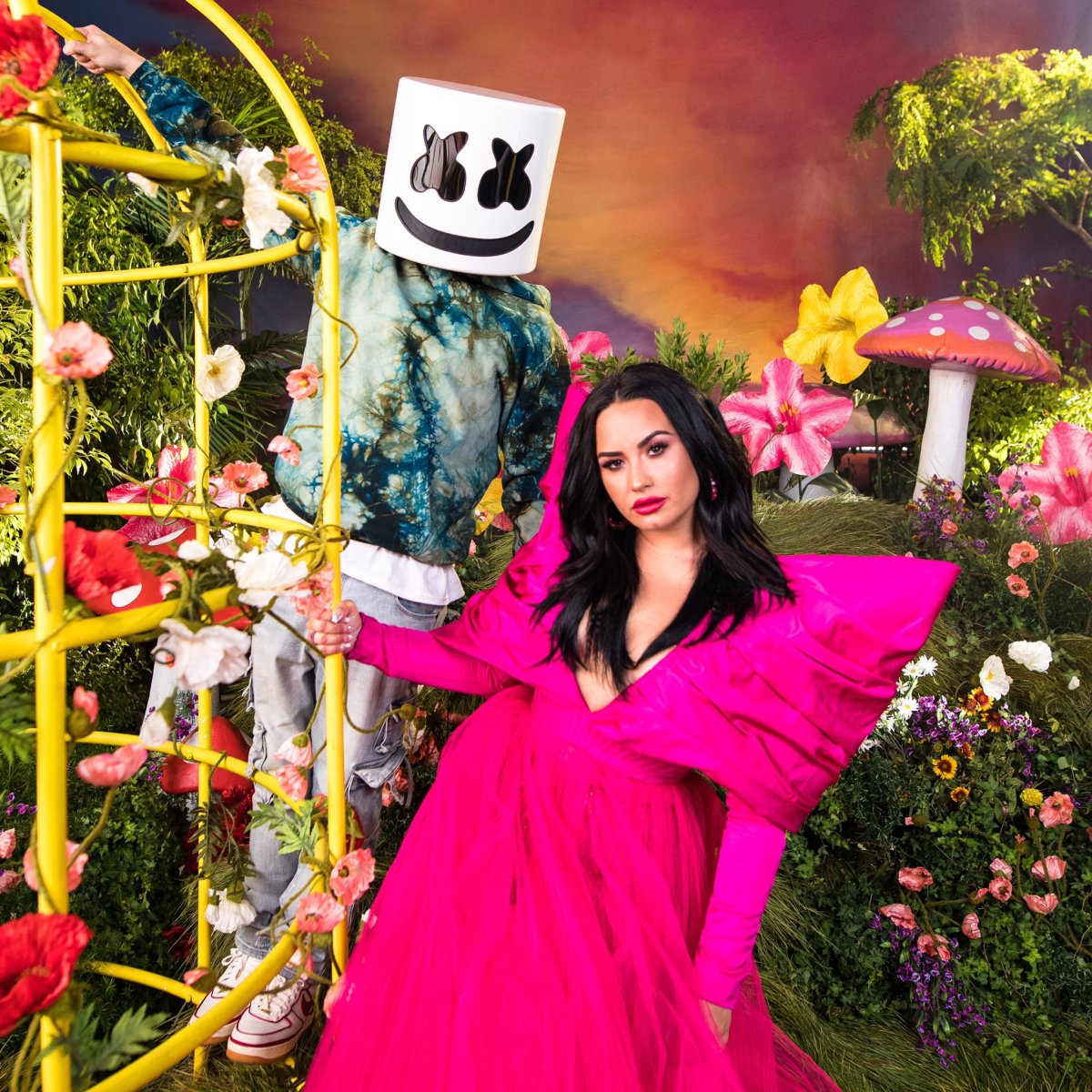 Marshmello and Demi Lovato have finally dropped the curtain on their collaborative single "OK Not To Be OK," releasing a nostalgic music video to accompany the highly anticipated release.

The track is a poignant dance number that hearkens back to Marshmello's last single, "Be Kind" with Halsey, in terms of sound design and altruistic context. While it presents itself as a bouncy and upbeat electronic crossover, "OK Not To Be OK" moonlights as a pensive ballad that tugs at the heartstrings with each aching guitar pluck. The track coincides with Suicide Prevention Week and Lovato and Mello have teamed up with Hope For The Day, a non-profit movement empowering the conversation on proactive suicide prevention and mental health education, to raise awareness.

"Suicide Prevention starts with a conversation we're not having with our mental health due to Stigma," reads Marshmello's YouTube description. "The first step to breaking that silence is dispelling stigmas of fear, judgement, and shame about our internal experiences. We achieve that by proclaiming It's Ok Not To Be Ok!"

You can watch the official music video for "OK Not To Be OK" below, which interpolates nostalgic VHS-style footage with past and current versions of Lovato and Marshmello as they jam along.