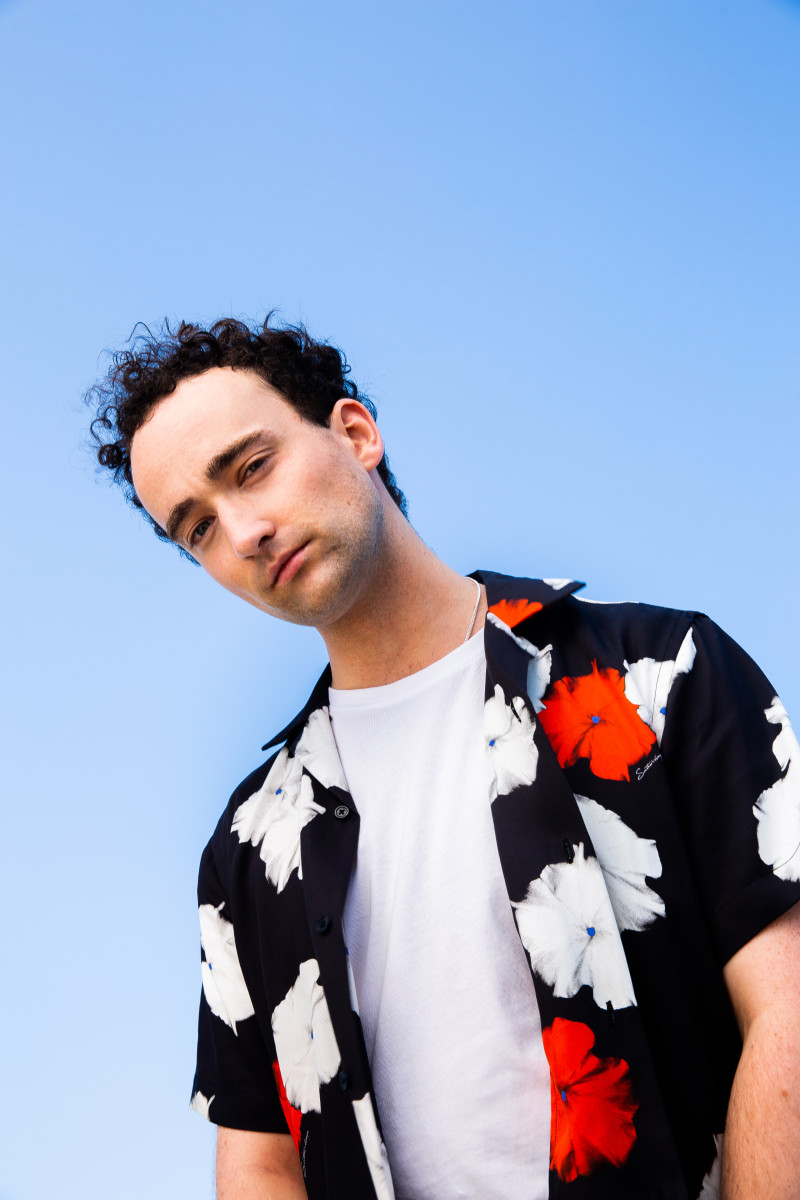 The debut album from electronic music virtuoso Wave Racer has been a long time coming.

Considered one of the most groundbreaking future bass producers in the scene, the Australian beatsmith broke through in the mid-2010s with a bubbly, quirky sound all his own. He quickly garnered support from some of the industry's most celebrated artists, such as Skrillex, Porter Robinson, and Flume.

"I don't think I was ready for any of [the recognition]," he said in a press release. "I'm normally very cautious with the decisions that I make... I thought I was managing the attention at the time but I wasn't coping very healthily. I was so worried about how people were going to perceive me if I made one wrong step. It was a recipe for anxiety."

Years later, Wave Racer is now primed for his long-awaited debut album, dubbed To Stop From Falling Off The Earth.

The album will feature 11 tracks including its lead single "Look Up To Yourself," which Wave Racer dropped today alongside an official music video produced by Rome with cinematography by Jake Lutz. The playful indietronica jam, he says, harkens to a period when he experienced "imposter syndrome" and the steps he took to overcome an inferiority complex.

"'Look Up To Yourself' is my attempt at an anthem honoring the freedom of self-love and the perils of self-deprecation," Wave Racer said. "For a long time, I found myself becoming frustrated with the amount of time and energy I would spend trying to prove my own value to myself. I couldn’t accept that I deserved to take a break, or deserved to treat myself to something nice without first having something to show for myself, as proof of my contributions. I would feel so useless if I’d had a slow day, or if I’d procrastinated for too long, and I kept subconsciously punishing myself for it."

Check out the new album cut below. Wave Racer has not yet announced a release date for To Stop From Falling Off The Earth.