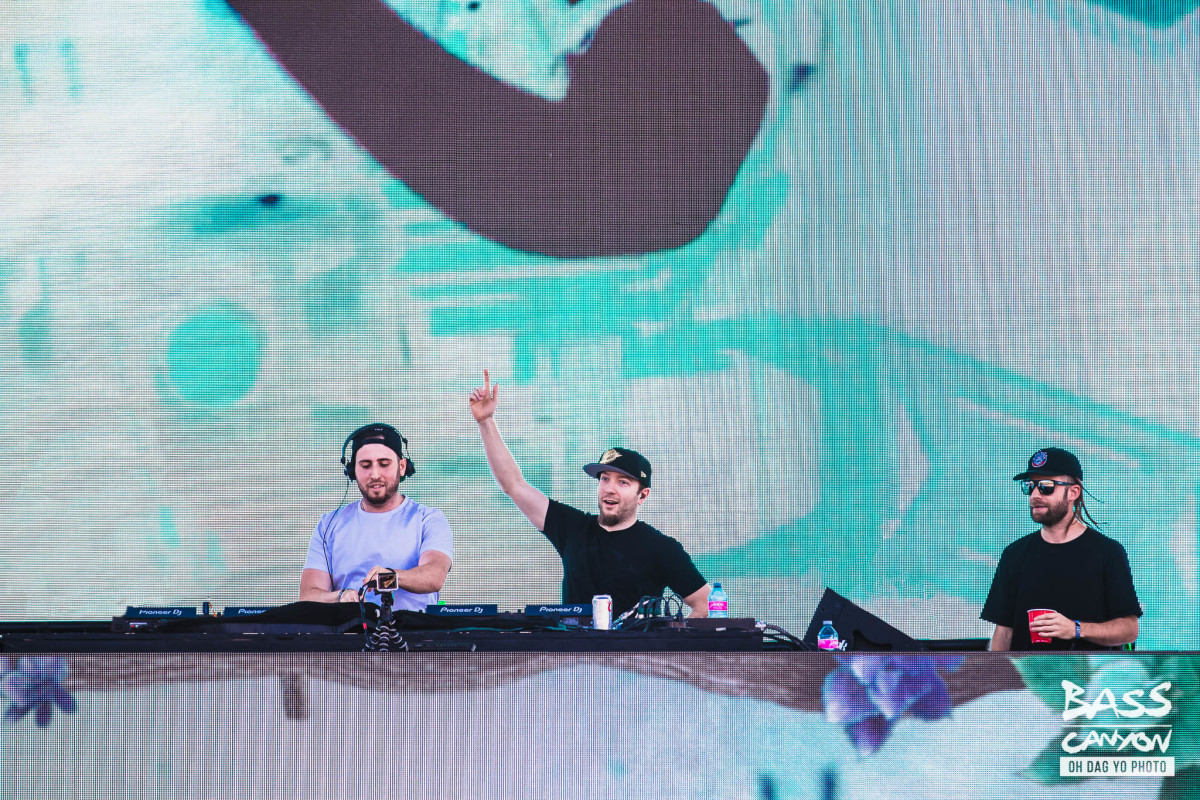 During the second episode of the Couch Lands livestream series, Wooli dropped a brand new collaboration with HALIENE and the event brand's owner himself, Excision. Following its initial tease all the way back in May, fans have been impatiently waiting for the moment they get to hear the new tune.

Taking advantage of the fact that most of the world's headbangers were tuned into last night's stream, the track underwent its world premiere at the digital event. Thankfully, a viewer clipped a segment of the broadcast that featured the new song before sharing it for those who might have missed out.

Fans of Excision and Wooli's 2019 collaborative EP Evolution will feel right at home with the new song. While the video is only about a minute-and-a-half long, the inclusion of ethereal vocals from HALIENE makes the track seem more akin to the duo's "Another Me" with Seven Lions and Dylan Matthew or "Oxygen" with Trivecta and Julianne Hope rather than their bone-crunching bops "Lockdown" or "Evolution" with Sam King.

At the time of writing, neither Wooli, Excision, nor HALIENE have announced a release date or title for their upcoming song.