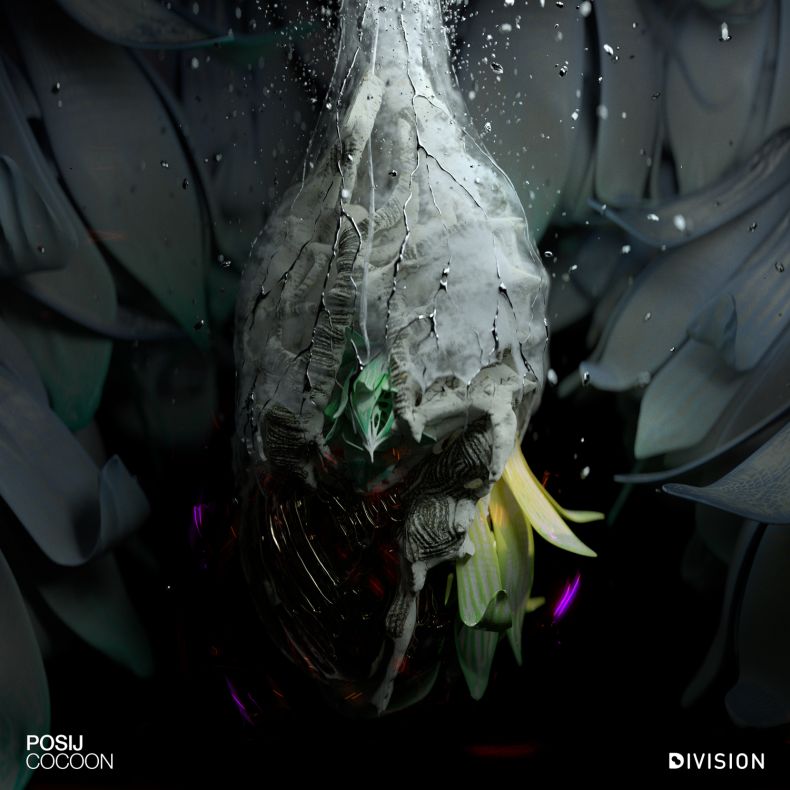 Posij, who was discovered by Noisia while he was being their label manager back in 2012. Once his unique halftime talent was unleashed, however, Posij released on Critical, Disciple, Shogun, Hospital, Blackout…the list goes on. Despite have a distinctive sound, Posij is no one-trick pony and his flexibility makes him a commodity for many labels.

The bass music world hasn’t seen a multi-track solo release from the Groningen native since early 2017 with his Attention EP on Neodigital. It’s thus been quite a pleasant surprise to find that Posij has been hoarding his demos to take them back home to Division for his upcoming Cocoon LP. Per the artist himself, “After being a bit silent on the release radar for quite a while, I wanted to come back and showcase my repertoire. Here are ten beats that Noisia chose from my -way too big- demo folder.” Well, these ten beats are way too big themselves, so it’s a good thing Posij decided to wait to release even more.

While most the tracks on Cocoon are some permutation halftime, Division asked Your EDM to premiere a funky interlude track called “Pump Pump” which will be a surprise within an already surprising album. Namely, it’s an old school funky breaks track. It’s an interesting choice to see such a track inserted into an album full what initially seem like dark halftime tracks but if you listen a little closer there is a vein funk throughout Cocoon. Album opener “Hella Sideways,”  and the collab track with Former “Half Monk” both have some serious funk in their intros while many the other songs have breaks-inspire snares and beat combos throughout. Could Posij be a closet breaks head? If he is, he’s certainly out the closet, or Cocoon now.

No matter what kind vibes Posij intended with Cocoon, it’s good to have him back with a new multi-track release and his beats, breaks or not, are certainly as clean as ever. Funk or no funk, there’s a lot fun surprises on this album and it will be interesting to see what’s next for Posij.

Cocoon will be out on Division Recordings this coming Friday, May 17. Check Beatport for the drop on that date and preview some the other tracks on Soundcloud.