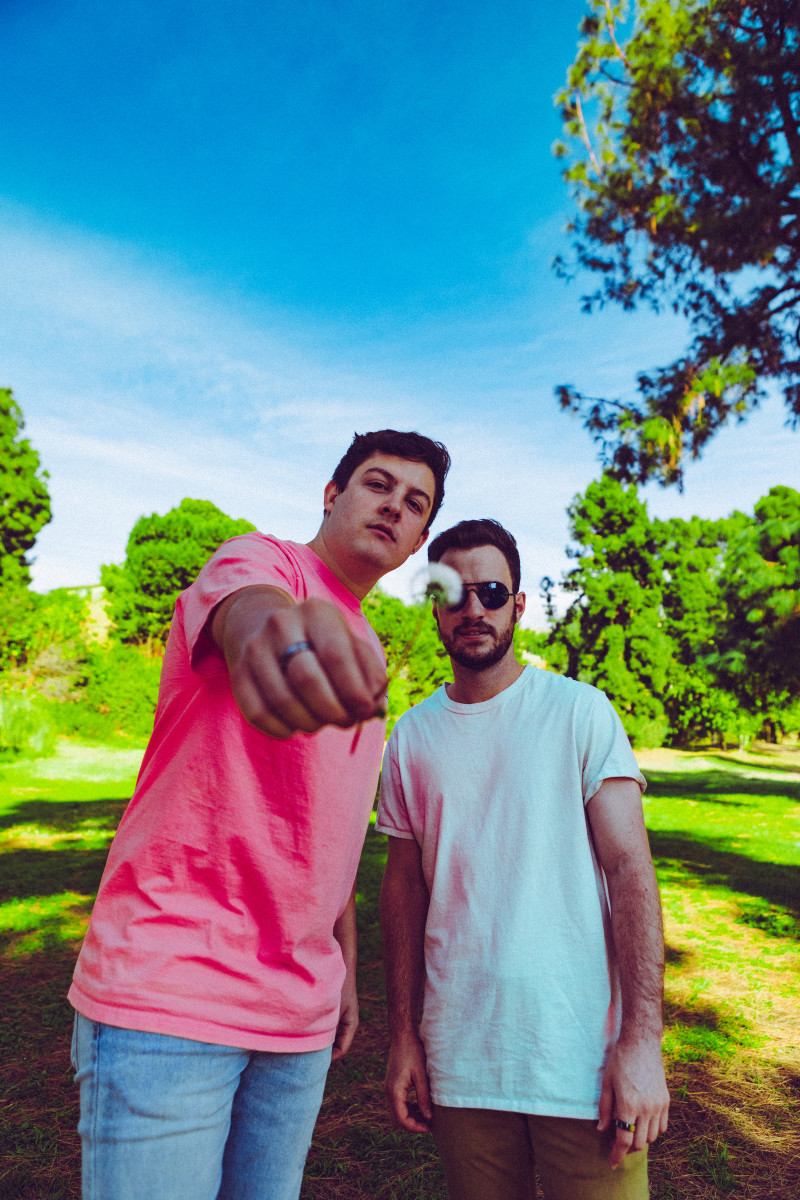 Besides the occasional lab experiment, you typically won't find anything interesting in science class unless you want to grow up to be—well—a scientist. But when Zach Montoya and Brayden James found each other, it was instant chemistry.

Connecting over a shared interest in music production, the duo launched their collaborative syence moniker after meeting in a college science class. Like the molecules and ions they studied, they formed a strong bond, eventually concocting their most potent compound yet: a five-track EP called bass pop.

bass pop is not only a breakthrough for the duo, but also a showcase of a new genre, the EP's namesake. Its goal is to encapsulate a new sound "that many may have never heard before," according to syence. The five-track record, which officially hit streaming platforms today, marries the lovelorn pop stylings of Lauv with the melodic bass of Gryffin.

In celebration of the release of their biggest project to date, syence caught up with EDM.com to discuss the storyline of the record and the future of its eponymous genre.

EDM.com: You've often referred to a consistent "story" behind syence. Can you expand on the motifs, anecdotes or narratives behind your brand and how they led to this EP?

Syence: The word “syence”/science has always meant a lot to us and our brand. We both initially met in a science class at Cal Poly SLO and that’s how we originally came up with the word. As we dove deeper into what “syence” meant to us we realized that today the world is understood and explained through science, and science continues to explore and discover new things about the world as we know it. We wanted to take this concept and create our own world where it is explained by our version of science, “syence."

In our world we’re creating, we want it to be represented by its own unique sound, vision, aesthetic and overall artistic vision. In terms of sound, “bass pop” has always felt like the best way to describe our sound that we are carving out in electronic music, it feels unique to the world we are building. Naming this EP bass pop felt right because it is a collection of this sound that we feel is unique to us and our world. We hope listeners feel the same as they listen through all five tracks!

EDM.com: Tell our readers about "bass pop." What sounds or approaches to music production inspired the name?

Syence: “Bass pop” has always been inspired by the things carved out in its name: bass production and pop vocals. We’ve spent years exploring different genres both in our production, our casual listening in our day to day lives, and we’ve always wanted our sound to represent both of us, not just one or the other. As we’ve gotten to know each other and ourselves, we soon realized that combining our joint love for bass and pop would be the best way to express ourselves as a duo and as syence.

Our inspirations today range from artists like Louis the Child, Skrillex, Whethan, Oliver, Haywyre, Zedd and more. There’s also been individual songs that have really helped carve out our sound like “Savage” by Whethan, MAX and Flux Pavilion, as well as Oliver’s remix of “Electric Love” by BORNS.

EDM.com: Creating a genre is a tough undertaking. Besides the new EP, what steps will you take to proliferate bass pop?

Syence: I think you’ll continue to see us expand and explore different variations of bass pop. The next few releases we are lining up are already pushing the genre forward in a good way, so we’re excited for people to hear this EP plus what’s next for the genre. The main goal is to keep getting more music out—the more we put out, the more the genre grows and takes shape.

We are really aiming to hit as many ears as possible because this genre is very undeveloped/unknown so exposure will be critical in defining the genre and finding people who resonate with that sound and concept.

EDM.com: If you had to name one artist who inspired the sound, who is it and why?

Syence: A single artist is tough because every time we think of an artist that “inspired it” we think of 20 reasons why they also are not bass pop and have a different sound that is more “them” than us. I do think there are specific songs that have really honed in and helped define the genre (whether they meant to or not). The songs that really stand out to us are:

We also have a playlist of all our favorite bass pop songs and artists at the moment if you’d like to get a better feel for other songs that fit within the genre. Many songs fall into other genres as well but we feel they help explain what bass pop is in their own unique ways.

EDM.com: The new EP is clearly rooted in storytelling. What do you want listeners to take away from the music?

Syence: The main story we want the listeners to leave with is the fact that the world of syence has begun and it’s only just getting started. This is one body of work of many that will come to help continue defining this sound and building this world that we are so excited about. We also want this to be interactive—this is a peek into our minds and we’d love to know what people think about it!

We’re very active on social media and love hearing what resonates with people. Don’t be shy, and feel free to let us know what song you appreciated the most or what you like about our sound. It’s very helpful and we love meeting fans!

EDM.com: You've got Countdown NYE coming up—how are you planning on incorporating bass pop in such a huge opportunity to showcase it?

Syence: The easiest explanation to this is that we really emphasize the bass in bass pop in our sets. We typically go high-energy with each song and range from midtempo to house with our song selection. The majority of songs will have vocals you’re familiar with and production that smacks you in the face (in a good way!).

We typically remix or mashup our own vocals and other songs we like as well, so each set is unique and you’re always hearing music that doesn’t exist on the internet. Every set you get something special that only people at that set have heard. You’ll definitely hear some of the “bass pop” EP tracks in a completely new way at Countdown NYE! We love surprises.