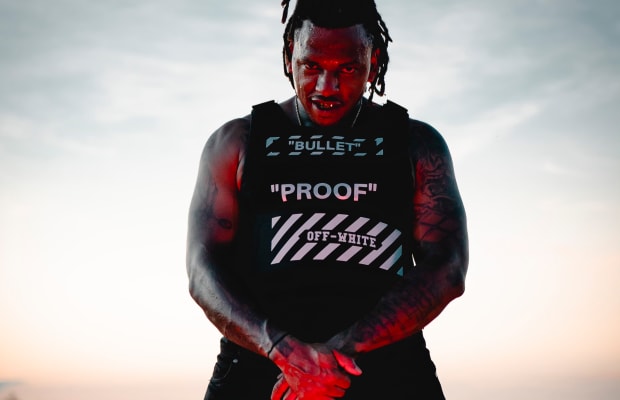 BLVK JVCK is back with his latest masterstroke, a dubstep banger called "No Love."

Revered for his ferocious "hoodstep" sound and subversive music videos, the renowned electronic music producer, who was named to EDM.com's Class of 2021 earlier this year, has unveiled the official music video for his latest single. Dubbed "No Love," it's a typically unhinged dubstep anthem oozing with his signature hip-hop influences.

BLVK JVCK is famously known as half of the legendary production duo The Runners, who have worked with everyone from DJ Khaled ("Go Hard") to Rihanna ("California King Bed") to Rick Ross "Hustlin'").

"No Love" arrived today by way of Deadbeats, the record label helmed by iconic dubstep duo Zeds Dead. Sirens and ominous strings set the tone in the track's eerie intro before a merciless BLVK JVCK enters the fray with a fierce verse. It's not long before he uncorks a vicious drop, which blends elements of riddim and dubstep for an emphatic statement about getting the respect he deserves.

Check out the official "No Love" music video below and stream the track here.