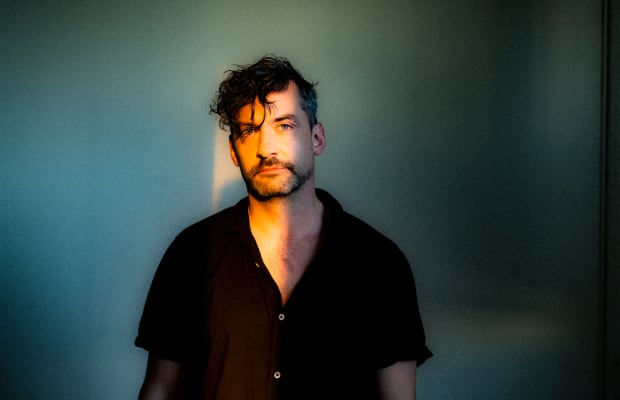 As the sun sets earlier and earlier each day, introspective tracks like Bonobo's latest single resonate that much more.

From his forthcoming album Fragments comes its second single, "Tides," a collaboration with Jamila Woods. Bonobo weaves a melancholic atmosphere in the gentle electronic ballad, amplified by Woods' vulnerable lyricism. Like the tides, Bonobo and Woods' amalgam of hypnotic elements move us in and out of the greyed-out state they've crafted. The result is a track that will really hit home as the seasons change.

In true Bonobo fashion, an ethereal visualizer featuring images of nature and beyond was released to accompany the track.

When speaking about "Tides" in a press release, Bonobo shares that he hit a roadblock when writing his upcoming album, but Woods' vocals inspired him.

"When I first heard Jamila’s vocal she had recorded I knew instantly I had a centrepiece for the album," Bonobo said. "Lyrically it captured everything the project was about. This track was a real turning point in the process of finishing the album and Miguel Atwood Ferguson’s incredible string parts at the end brought the whole thing to another level."

Woods echoed his sentiments and explained how she connected with his sounds immediately.

"I connected with the track as soon as I heard it," Woods gushed. "It felt like rain and waves to me before I even knew the project had a theme of cycles and tides, so it all came together very organically."

"Tides" follows "Rosewood" as the second single off his upcoming seventh album. In addition to the album, he also announced that he'll be hitting the road in 2022 for a 37-stop tour across North America and Europe.

Fragments is set to release on January 14th, 2022. You can pre-save the LP and stream both "Tides" and "Rosewood" here.