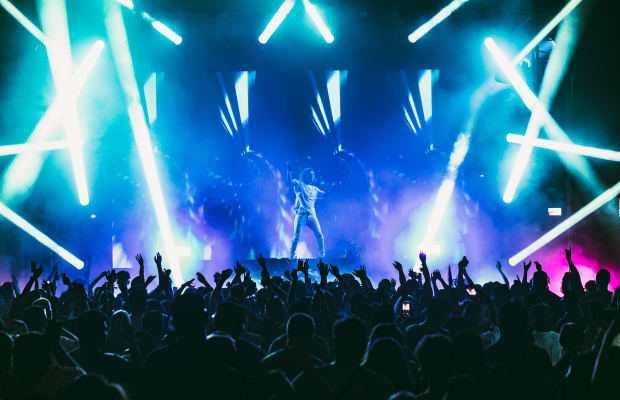 We all know too well what quarantine looks and feels like. But what does it sound like?

Elephante attempts to answer this question with his latest album, Heavy Glow, released October 20th via Zoo Music/88Rising. The recorrd's 10 tracks play like an epic, with emotion oozing from every chord. Intricately aligned arrangements signal to Elephante's classical music training, while his own bold vocals tie together three acts of songs that purposefully push the boundaries of the album's aural cohesion.

The triumphant opening chords of "Break" (with Tiina), for example, are effervescent, paired with strong sonics and Tiina's delicate vocals. Its sonics provide sharp contrast to "Down This Road," an anthemic melodic bass ballad that takes a page out of ILLENIUM's rock-minded playbook.

Later, "Prism" (with Dresage) slows things down with electric guitar plucks and atmospheric vocals, while Heavy Glow closer "Light On" rings with optimism and brightly oscillating synths. It pulls its lyrics from Maggie Rogers' landmark 2018 single of the same name.

While the changing tones of Heavy Glow are somewhat disorienting at times, they only serve to drill in Elephante's overarching thesis: the emotional turbulence of the pandemic and the sense of self he discovered through the experience.

“Heavy Glow became a metaphor for the part of you that shines through in the nighttime, and can be hard for other people to really see," Elephante said in a press release. "[At the end], we accept that times are still tough and we’ll never quite be the same, but we can carry a little light of hope with us, optimistic that we can get through this."

You can find Heavy Glow on streaming platforms here.