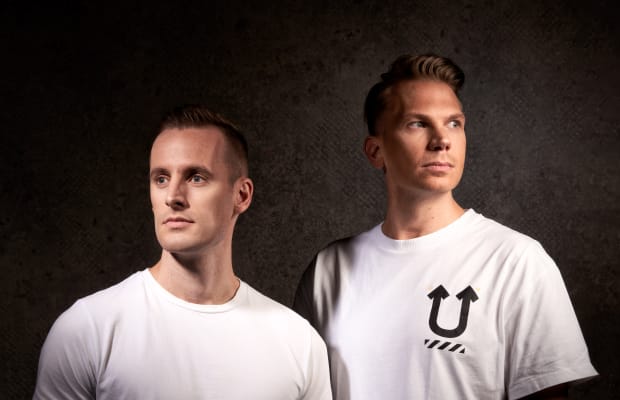 Enter Your Mind comprises 17 tracks in total, including the duo's trailblazing "Losing Control," "Fearless," and "Harder Generation." Nine of the tracks represent previously released singles and eight of them are remixes of D-Block and S-Te-Fan's most successful hits over the years. Remixers include Wildstylez and Headhunterz, two of the hardstyle genre's most iconic artists.

The album's heavy sound takes listeners on a sonic journey through the years of hard dance and hardstyle. Spirited vocals, effervescent melodies, and thrashing percussion stand tall in the euphoria. From the classic leads on the opening track "Believe" to the stentorian vocals on "Gates of Paradise," D-Block and S-Te-Fan keep their hardstyle heads high and continuously discharge unwavering zeal throughout the entirety of Enter Your Mind.

To date, D-Block and S-Te-Fan have performed at a slew of the world's most popular hardstyle festivals, such as Decibel, Defqon.1, and Qlimax, among others. They are revered as one of the leaders in modern hard dance, and their new album only serves to cement that notion.

D-Block and S-Te-Fan's Enter Your Mind is available now on streaming platforms. Check it out below.