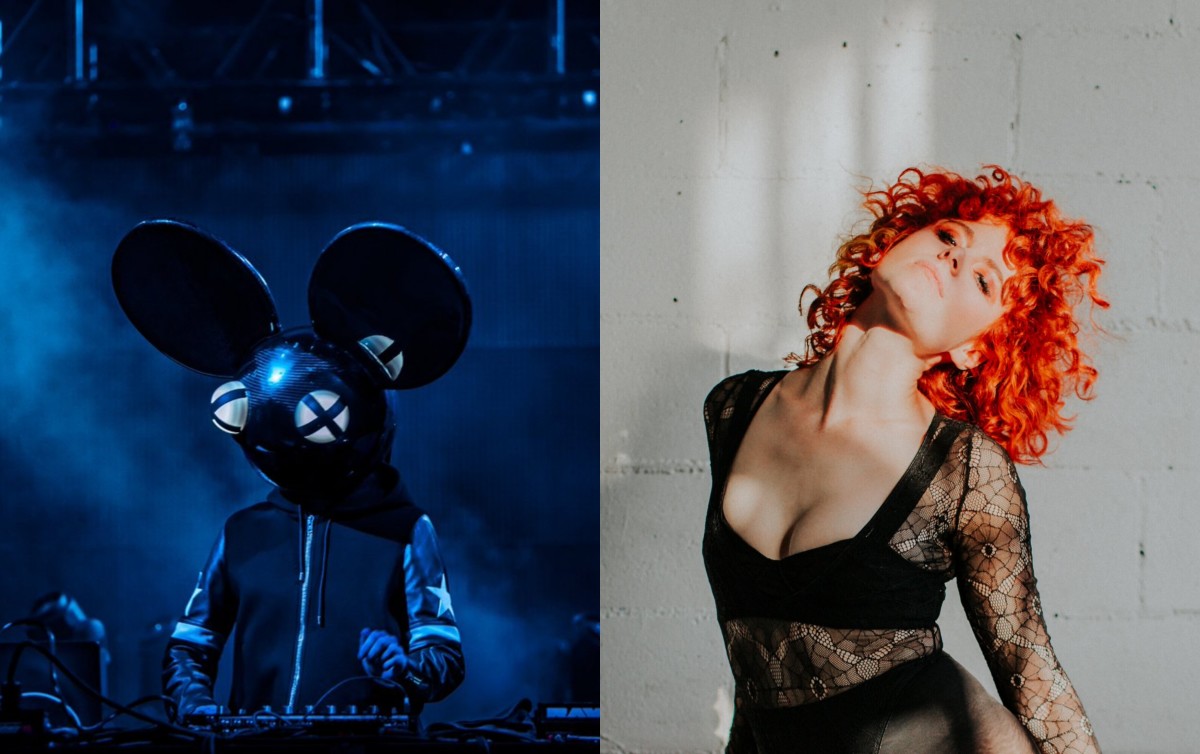 Fans got more than they bargained for this week when deadmau5 and Kiesza's hotly anticipated "Bridged By a Lightwave" arrived a couple days ahead of schedule. The single, one of deadmau5's heaviest electro releases, has been well received as one of his best tracks in recent memory.

With that momentum, the two artists continue to put pedal to the metal, dropping the track's music video, which immediately had us yearning for more live shows.

The video captures deadmau5 and Kiesza's world debut performance of the single during the producer's string of shows for "Day of The deadmau5." During the tour, Kiesza was confirmed to play back-to-back performances with deadmau5 during Halloween weekend in the Chicagoland area. Despite the bitter chill, the two powered through to deliver high-energy performances to sold-out crowds.

Groups of fans dotted the drive-in venue donning purge masks, animal onesies, and of course, Mau5heads to celebrate the occasion. In the present pandemic environment, where shows are few and far between, the video is nostalgic and, simultaneously, a reminder of better times to come on the other side.