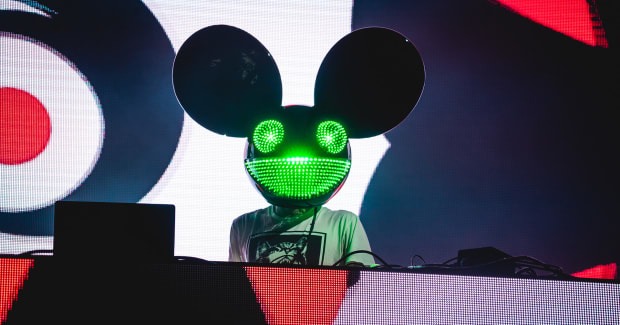 This July, evil has a new anthem.

The debut live adaptation of the Resident Evil franchise arrives on Netflix this month, and deadmau5 is playing a key role in soundtracking the grisly affair.

The "XYZ" producer is reuniting with Skylar Grey to deliver a new single, "My Heart Has Teeth," for the upcoming series' soundtrack. The two previously joined forces alongside Kaskade in 2016's "Beneath With Me."

deadmau5 and Grey's collaboration is the final song on the 15-track effort helmed by composer Grégory Reveret, who has also worked alongside deadmau5, co-writing the DJ's electronic orchestral crossover album Where's The Drop?.

An avid gamer himself, deadmau5 has been a longtime fan of the horror franchise.

"’Dystopian suburbia’ is the kind of vibe I had in mind when making this song. It’s been pretty cool because I like that weird, corporate overtone of this entity that owns the village if you would," deadmau5 said in a press release shared with EDM.com. "I just imagine what that would be like while roughly composing the song with of course the vocal accoutrement of Ms. Skylar Grey. She’s an amazing talent to work with and she just nailed the lyrics."

The full Resident Evil soundtrack is set to debut via Milan Records on July 15th. Check out the lead single, Reveret's "Venus Flytrap," below.