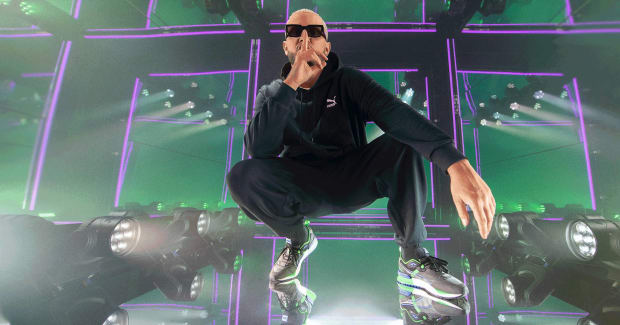 Someone grab a fire extinguisher because DJ Snake's summer of madness may just be heating up.

In the wake of his career-defining performance at the famed Parc des Prince stadium, the chart-topping Parisian producer took to Twitter to tease his latest creation, an incendiary house music track with stadium-filling energy.

While the teaser itself is brief, early signs show Snake is diving back down the house rabbit hole where he's been known to hang out with long-time tour accomplice Malaa. Snake was feeling the moment while setting the crowd in motion amid a massive European leg of shows.

Incidentally, Snake's teaser isn't the only evidence he's been hard at work in the studio. Crankdat recently revealed that during Snake's aforementioned Parc des Prince performance, he tested out their unreleased collaboration in front of the audience of 60,000.

Crankdat's description of the track as "dangerous" seems justified given the seemingly instinctual reaction from the crowd to split into a "wall of death" as a frenzied wave of bass is unleashed. Needless to say, it's a project that's likely to continue riling up crowds on the road for the foreseeable future.