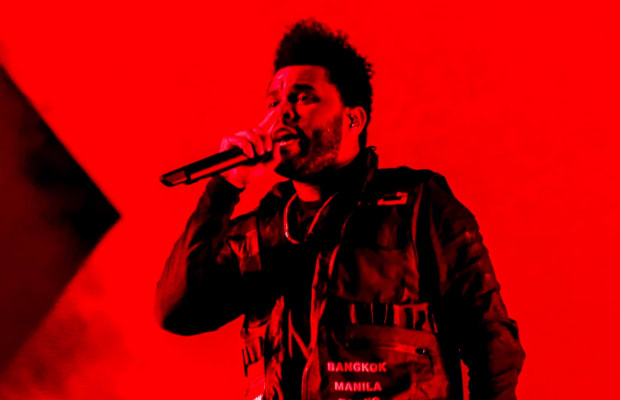 After the release of his hotly anticipated Dawn FM album, it's clear The Weeknd's penchant for dance music is more voracious than ever.

The Weeknd has long championed electronic dance music, collaborating with the likes of Gesaffelstein, Daft Punk, and Disclosure, among others. However, Dawn FM twists the knife into this curiosity by presenting the most dance-forward album of his career.

And it's also his most creative yet. The album plays out like a radio station during a late-night drive in the 80s, featuring sultry interludes from Jim Carrey and Quincy Jones. But despite its escapist narrative and lovelorn motifs, at its core, the phantasmagoric Dawn FM was designed for dance parties.

The proof is in the pudding. The Weeknd joined forces with disco-pop extraordinaire Calvin Harris for "I Heard You're Married," which harkens back to the seductive sound design of the producer's Funk Wav Bounces Vol. 1 album. Lil Wayne features on the track, a bittersweet billet-doux from The Weeknd to a married woman he doesn't want to share.

Swedish House Mafia produced the electrifying Dawn FM cut "How Do I Make You Love Me?" Here, The Weeknd's come-hither lyrics about escaping reality mirror the subversive direction of the legendary electronic music trio, who have embraced a synthwave-inspired sound.

Swedish House Mafia also produced "Sacrifice," which strikes a grittier tone than that rooted in the lush soundscapes of "How Do I Make You Love Me?" The Weeknd also released a gripping music video for the single:

You can listen to Dawn FM in full below and find the album on streaming platforms here.