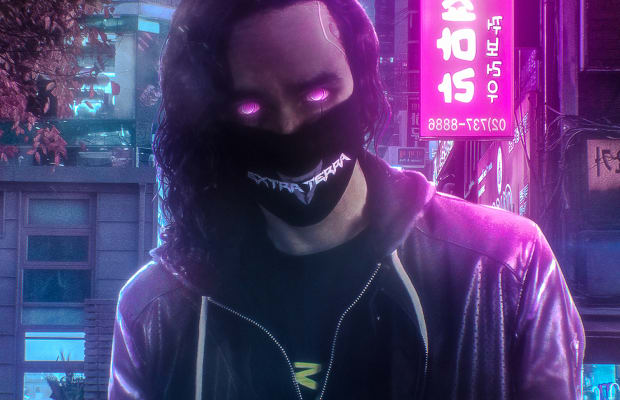 ZION kicks off with "Inside The Simulation," ensnaring fans into Extra Terra's sonic web with an instrumental siren song that could soundtrack the intro to a Matrix movie. Its cinematic sound design and eerie bass serve to transport listeners into a science fiction-themed latticework.

The fabled dystopian film series was clearly a motif that Extra Terra pulled inspiration from. The following two tracks, "Morpheus" and "Agent Smith," are menacing midtempo bangers dedicated to Laurence Fishburne and Hugo Weaving's iconic characters from the Matrixseries.

Synthwave also plays a huge role in ZION, which is rife with references to cyberpunk culture. One of the record's standout cuts, a collab with Max Brhon called "Elon Trust," interpolates gritty bass patches with dreamy retrowave synths. Such is the case with the record's sixth cut "Virtual Reality" as well, which features haunting keys that would make Gesaffelstein proud.

It's here where the album really kicks into high gear. Extra Terra dials up the BPM for "The Sentinel" and "The Oracle" (with Matteo Tura), offering up acid-tinged house bombs that belong in a dusky warehouse rave. The same goes for "Neo Wick Mode"  (with Lazerpunk), which employs elements of psytrance for a mind-bending track.

All said and done, old-school electro vibes are at the core of Extra Terra's brilliant third record, which spans a total of 11 roaring tracks. Each one stampedes with the ferocity of the genre's greats, like Le Castle Vania and The Bloody Beetroots.

You can listen to ZION in full below and find the album on streaming platforms here.