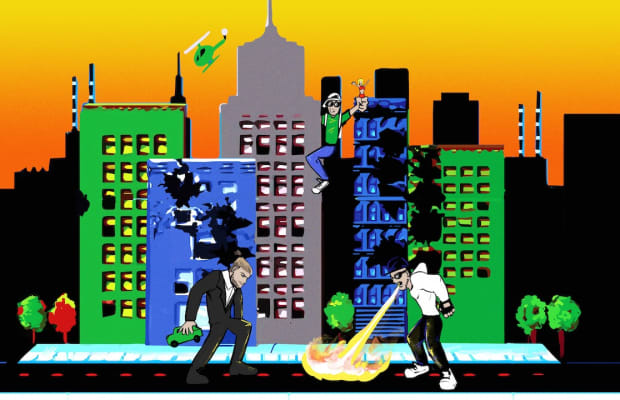 Rich DietZ are back—but this time with an exciting new look. Known for their unique twist on house music, the duo have eschewed their signature sound, teaming up with dubstep producer Poya for a brand new banger called "Empire."

"Empire" is a slight departure, but that doesn't make it any less impressive. The thunderous single is as authoritative as its title suggests, a post-summer trap anthem that moonlights as a celebration of the long-awaited return of music festivals.

The track's mirthful lyrics invite listeners to simply let loose—and to break necks, of course. After a typically head-bopping hip-hop section, wherein Rich DietZ spit hedonistic verses over a smooth beat, "Empire" builds into something more menacing. Eventually it explodes in a nasty trap drop, urging ravers to ride the rail thanks to the blistering production of Poya, whose sound stomps with the metallic savagery of TYNAN or Rickyxsan.

"Empire" is the latest triumph in a burgeoning career that grows with each genre-bending release for Rich DietZ. The taste-making tandem have showed out since the start of 2020 with a dizzying number of releases, such as the quirky tech house banger "White Claw Song," which has over two million plays on TikTok. They continued to flex their penchant for producing tongue-in-cheek hits with "Only Fans Song" and "Sheesh," while displaying growth in their artistry with brooding, introspective bangers like "Anxiety."

The versatile production and vocalist duo's cosigns continue to expand, having received support from Loud Luxury, Good Times Ahead, AC Slater, and many more. Their music has also received spins on BBC Radio 1, Diplo's Revolution on SiriusXM, and Tiësto's fabled Club Life mix series, among others. Poya has also gained steam in the bass music sphere, garnering support from Borgore and Shaquille O'Neal, or DJ Diesel.

Check out "Empire" below.