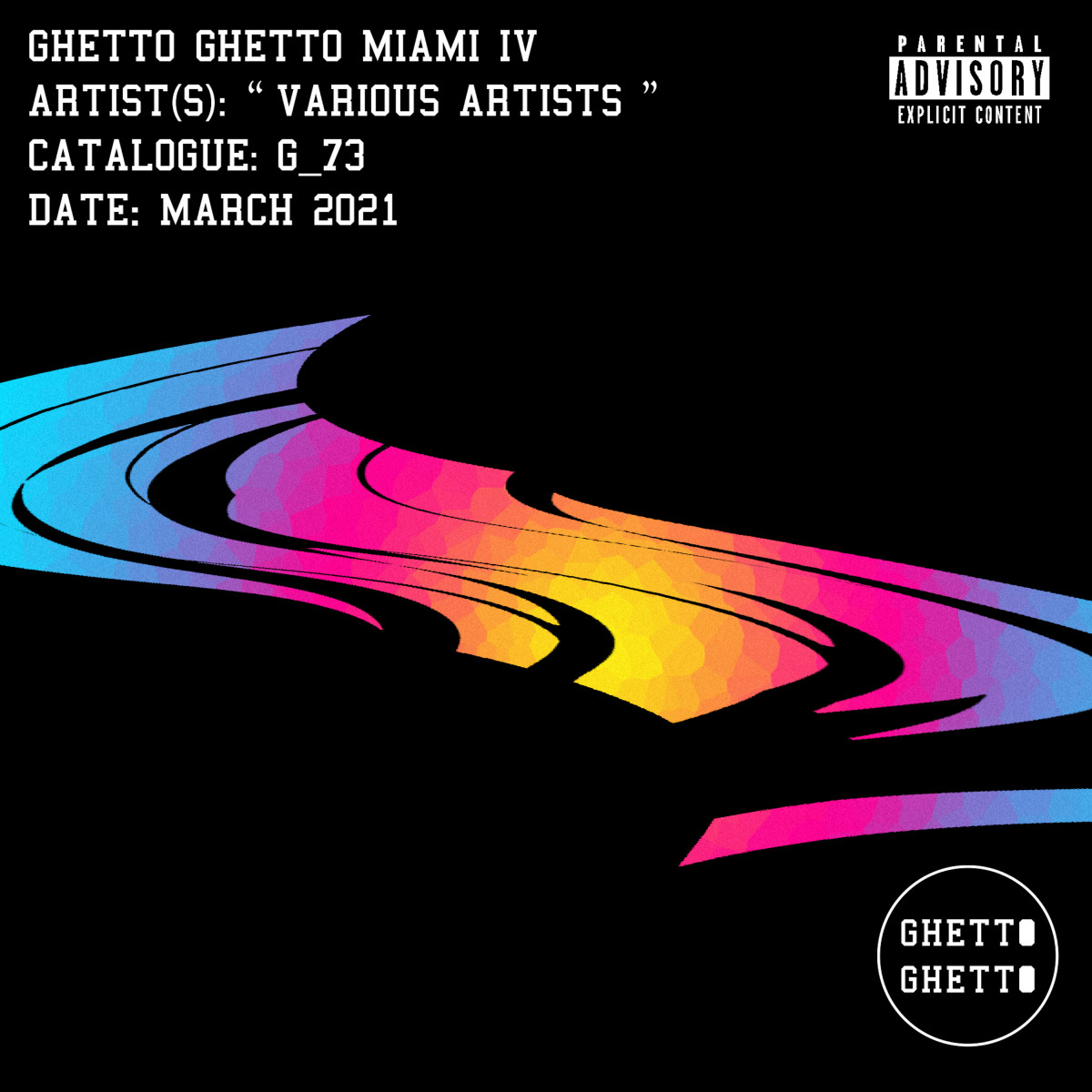 True to form, Ghetto Ghetto once again does a brilliant job alchemizing hip-hop and house music, blending the genres into a signature cocktail all their own. The style has been embedded in the label's sonic tenet since its inception in 2017, and they've since grown to become a bona fide underground tastemaker. In fact, the Miami series is Ghetto Ghetto's oldest compilation, according to the imprint's founder, Julian Ragland.

"We use [the Miami series] as a launching platform for artists that we have our eyes on to jump-start their relationship with us and introduce them to our following," Ragland said. "If you go back you'll see a ton of artists that probably were somewhat unknown in the bass house world, and then after appearing on the compilation went on to do an EP for us and make their mark in the space and do great things in the community."

Ghetto Ghetto's status as a tastemaker was only reinforced with Miami IV, a 14-track song-cycle of menacing house bangers. A surefire standout of the compilation is "Freak and Dance," a tech house chest-thumper from Rich DietZ and Stanley Kubrix. Driven by its funky bassline and an earworm of a vocal refrain, "I came to party / Came to freakin' dance with my friends," the track functions as an aural middle finger to the isolation contrived by the COVID-19 pandemic.

"When I made the 'Freak and Dance' bassline, I knew we had something; simple, groovy and driving. That is the key, for me at least," Kubrix said. "When Rich DietZ added the vocals and did their thing with the track as well, we found that sweet spot that highlighted both our talents!"

Additional standout cuts from Miami IV include SHAW's "Back Room," a quirky yet nasty G-House tune, CANDL and DISTAPE's minimal bass house beast "Death Void," and BERK and OffPeak's anthemic house bomb "Solitary," the latter of which represents a "full circle" moment for its creator. "Ghetto Ghetto has always been on my radar since I started releasing music under two years ago," said BERK, a young beatsmith from New York. "Their catalog also makes up a majority of my set list during live performances. I’ve taken a ton of inspiration from Ghetto Ghetto tracks to create my own, so seeing it all come full circle like this is a really great feeling."

You can listen to Ghetto Ghetto's full Miami IV compilation below and find the record on streaming platforms here.

To keep up with Ghetto Ghetto and its stellar catalog, bookmark their official blog. Fans can expect the label to floor the gas pedal in 2021, according to Ragland.

"We have a full schedule for 2021," he said. "We have some amazing EP's coming down the road, including the return of Seb C, we have the second installment of our Ghetto Ghetto x Fraudulent Records collaboration, a sub 49 Collaboration, and our 4-year anniversary compilation. All in all, we have a super packed schedule and are thrilled to keep it going!"