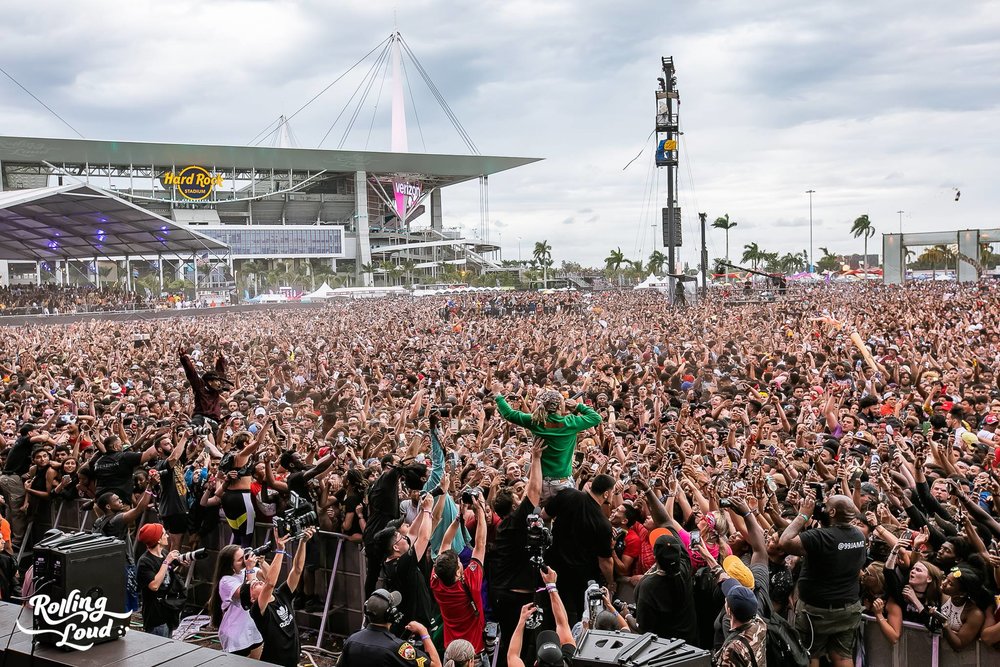 Rain or shine, Rolling Loud is going down, but not without some chaos.

The weather in Miami has been a huge factor this weekend, causing extended delays for many performances. Instead waiting patiently for music, fans literally rushed the stage earlier today to make their own party (see below).

There was also a hijacking a golf cart that took place, in which the driver pulled up straight through the crowd to get a prime spot for the next set. All this is captured on video (see below).

Just yesterday, there was a “false alarm” at Rolling Loud, an apparent rumored shooting that sent attendees running from the grounds. Yikes.

Not only that, Kodak Black was arrested on Saturday for firearm charges.

Rolling Loud has clearly gotten out hand. However, the music festival has done its best to keep to schedule. The updated time set times have been posted (again, see below).

I GIT ON STAGE pic.twitter.com/F2GqXAG5Oa

Chaos at @rollingloud. Golf cart stolen and driven through the crowd pic.twitter.com/nH83wMip6z