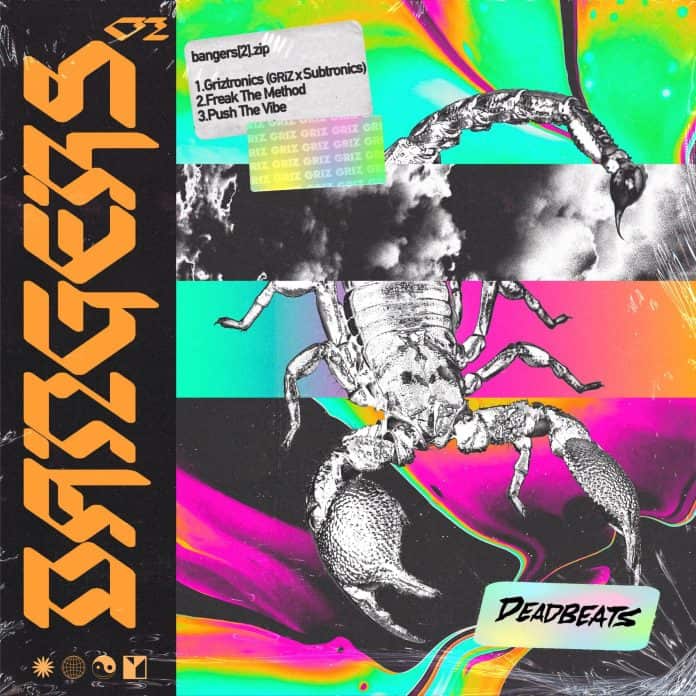 Ever since , the new collab between Subtronics and GRiZ has been highly anticipated. Little did we know, GRiZ had two more tracks prepared for us on his newest Bangers2].Zip. And not only that but GRiZ also announced more tour dates for his Ride Waves tour.

Griztronics perfectly combines Subtronics' wonky sound and GRiZ' soulful vibe. The sounds they produced in this track and otherworldly and something that I personally have never heard before. These two producers keep pushing the envelope and I'm here for it.

Freak The Method opened GRiZ' Ride Waves tour and it's great to finally hear this track and all its glory. Full vibrating bass and vocals by GRiZ himself featuring, Freak The Method features a more classic GRiZ sound.

Lastly, Push The Vibe finishes f the EP with a jazzy bass sound that will truly knock you f your feet.

GRiZ is continuing to have a bangin' summer with his surprise pop-up shows in random cities throughout the U.S. These shows kicked f in Denver with the latest one happening just yesterday, August 14, in Detriot.