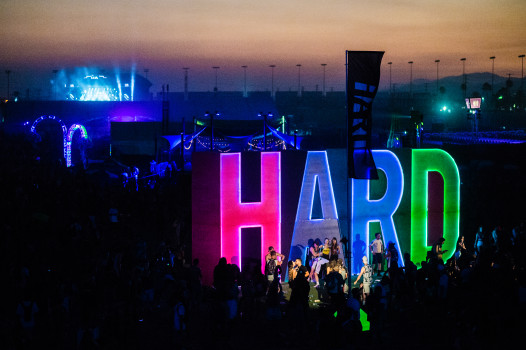 Over the weekend 150,000 music fans fled to the Inland Empire’s Autoclub Speedway in Fontana, California for HARD Summer 2018. This year’s festival—which was hosted by Insomniac—focused heavily on providing better logistics and safety measures which have notoriously been the cause bad publicity for the HARD festival brand in years past. Unfortunately, we can report that one person has died and more than 20 other people have been hospitalized during this weekend’s festival.

The San Bernardino County Sheriff’s Department reported that nineteen-year-old Andrew Cole Click from Tracy, California was the sole fatality at this year’s HARD Summer. Andrew was reportedly transferred to a local hospital on Sunday night where he was was pronounced dead at approximately 11:45 pm.

Twenty other attendees were also reportedly hospitalized over the weekend with only two still remaining in the hospital.

Pitchfork reached out to HARD and received this statement:

The ficial cause death is currently unknown but an autopsy is underway.

The 2017 edition HARD Summer made it’s move to the Glen Helen Amphitheater where for the first time in it saw no fatalities occur. This year, under new restructuring efforts HARD made its return to the Autoclub Speedway where it previously took up residence in 2016. That year, three deaths rocked the troubled festival.