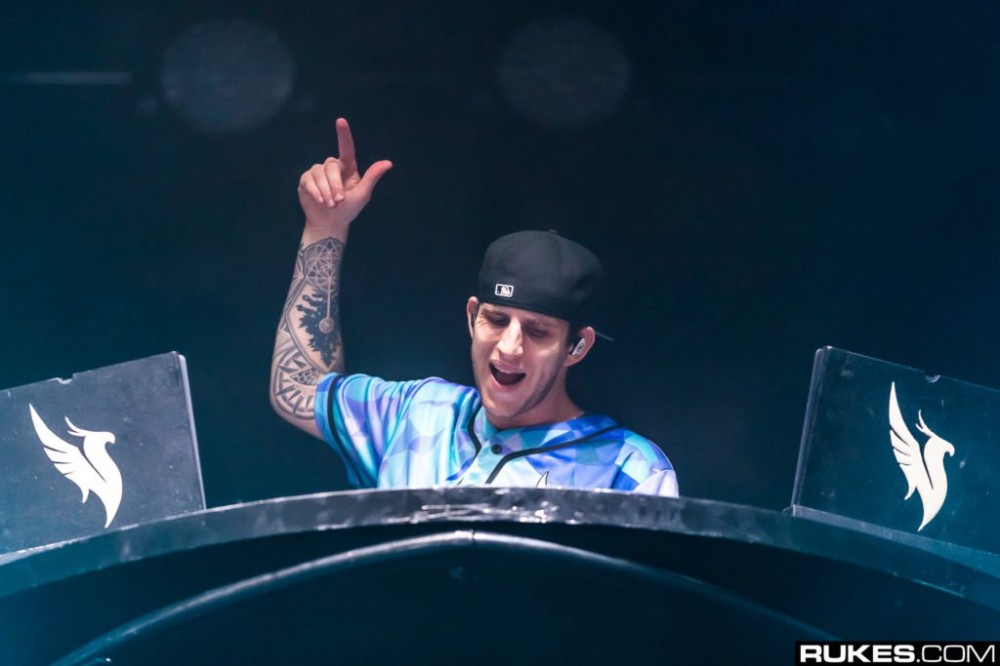 Over a year since the first single came out and Ascend, the third studio album from Illenium, is finally here. Spanning 17 tracks, this album is a stunning achievement for the honorary Denver-native, but it also represents a double-edged sword.

There’s no two ways around it — Ascend is a fucking brilliant body work. This is by far Illenium’s greatest album and his most daring endeavor as an artist. Jumping from 12 tracks on his debut album Ashes to 13 on his second album Awake, and then 17 on Ascend is indicative just how much a story Illenium has to tell.

As usual, Illenium teams up with a who’s who cast amazing vocalists to serve as narrators for his story. Appearing on this album are the likes Georgia Ku, GOLDN, Oekiin, Bahari, X Ambassadors, Kameron Alexander, Jon Bellion, Bipolar Sunshine, Echos, and more. While not all the names on the album are global superstars, no doubt a feature on an Illenium album will serve as a huge cosign in their careers.

The album theme follows his first two albums. Just as the phoenix has become symbolic Illenium, his album titles — Ashes, Awake, Ascend — follow the path reincarnation for the mythical bird. It would stand to reason that the theme this album would be something uplifting and glorious, beautiful. It comes as a bit a shock, then, to find that many the songs deal with loss, grief, overcoming negative emotions.

That being said, not every album has to make sense. Sometimes, it’s good enough for them to sound incredible, and that’s certainly the case here. While a couple song transitions are a bit jarring, and the songs all generally follow the same formula, they’re all REALLY. GOOD. It’s rare to hit such a poignant balance electronic and pop, let alone do it fifteen times (not counting the Intro and Lonely prelude). Yet, Illenium does it with the natural ability a phoenix would reincarnate. It seems to just come innate in his essence.

I’ll leave you with this… Two the best tracks on the album come third from the beginning and third from the end, “Good Things Fall Apart” with Jon Bellion and “Gorgeous” with Blanke and Bipolar Sunshine, respectively. These tracks also happen to be polar opposites. “GTFA” is pure pop. It’s beautifully uplifting paired with downright melancholic lyrics. It means that even things that are sad don’t have to make you sad… sometimes they can be good. On the other hand, “Gorgeous” is almost ominous in how it begins. Bipolar Sunshine’s vocals evoke an image him sitting in the darkness by a campfire, telling those brave enough to listen a story about knowing better. The slowly building synths in the background work wonderfully to enhance this effect, building tension and mystique. The veil is lifted in the bridge as the tempo changes and the guitar comes in, showing something like a light at the end the tunnel — and then the drop sweeps your legs out from under you and it’s back to a swirling chaos.

It’s little things like this, whether intentional on Illenium’s part or not, that makes Ascend such a fun album to listen to over and over again. As with any body work, it’s open to interpretation on the listener’s part, and that entire analysis might be mine alone. But with so many tracks, there are bound to be endless theories about it.

Earlier, I called Ascend a double edged sword. On the one hand, as you could surmise from the essay I’ve written so far, the album is an incredible body work. But it begs the question, “Where does Illenium go from here?” It’s not unreasonable to suggest that this is peak Illenium. Surely this will be his biggest tour ever, as well, playing Red Rocks three nights in a row and even Madison Square Garden, a venue only graced by the biggest artists, let alone in EDM, like Jack Ü, Swedish House Mafia, and Kygo. Time will tell what comes after ascension…

For now, you can Ascend on your own and listen to Illenium’s new album below.