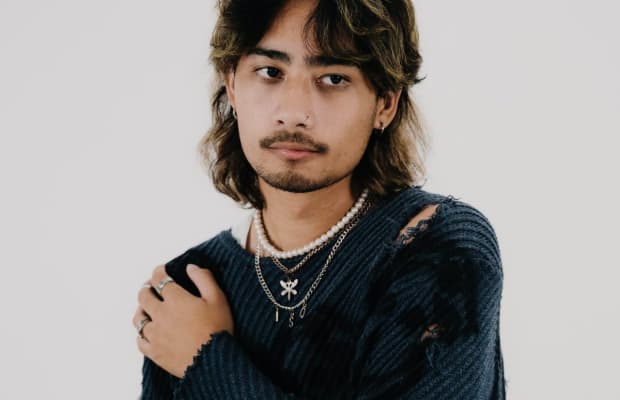 One of the brightest young producers in electronic music has finally unveiled his debut EP—and it's a special one.

ISOxo dropped his Nightrealm EP today via RL Grime's Sable Valley imprint. And there's a reason why Grime, who is considered a trailblazer in trap music, snapped up this record: it's a vehicle to showcase the genre's future.

EDM fans have a habit of skipping to the loudest parts of a song's waveform—also known as the drop—but doing so would be a crime with Nightrealm. Each of its five tracks are cinematic in nature, rife with eerie, visceral melodies that breathe life into their drops.

Nightrealm kicks off with "Beam," a synthy instrumental that could soundtrack the climax of a Bond film—at least until it mutates into a screeching trap number reminiscent of his breakthrough single "RADIAL." Next is "Click," a quirky banger and one of the EP's surefire standouts, which had already received support from a myriad of electronic heavy-hitters such as Skrillex, QUIX, and G Jones.

The record's titular track arrives at its midpoint, offering a bone-rattling blend of breakbeat-inspired builds and menacing saws. ISO then ties a bow on the EP with "Chamber" and "Aarena," each of which brilliantly make use of orchestral instrumentation.

Check out the full Nightrealm EP below and find it on your go-to streaming platform here.