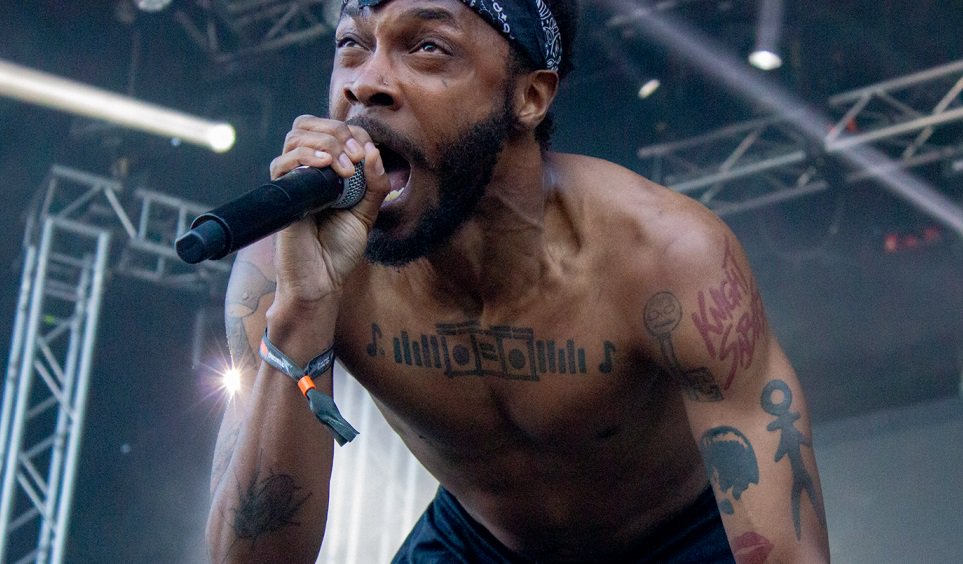 If you caught JPEGMAFIA at HARD Summer or opening for Flume at Red Rocks this year, or any number other appearances around the country, count yourself lucky. The New York-born rapper is a one a kind artist who brings a punk and metal aesthetic to his hip hop and does it with the grace and intensity some the greatest.

Right now, he’s prepping to drop his third studio album called All My Heroes Are Cornballs, out September 13. To give you an idea the what the album is like, the first single is entitled “Jesus Forgive Me, I Am A Thot.” If that’s not enough, he shared a “trailer” for the album featuring so-called testimonials from the likes  James Blake, Flume, Kenny Beats, Injury Reserve, DJ Dahi, Channel Tres, and Wilco frontman Jeff Tweedy. In reality, it’s just all his friends absolutely trashing the album.

Flume says “I wouldn’t listen to it outside this room” while Kenny Beats admits it’s “not even really music.” Count us in.

Only two weeks until the album is out — check out the trailer below.