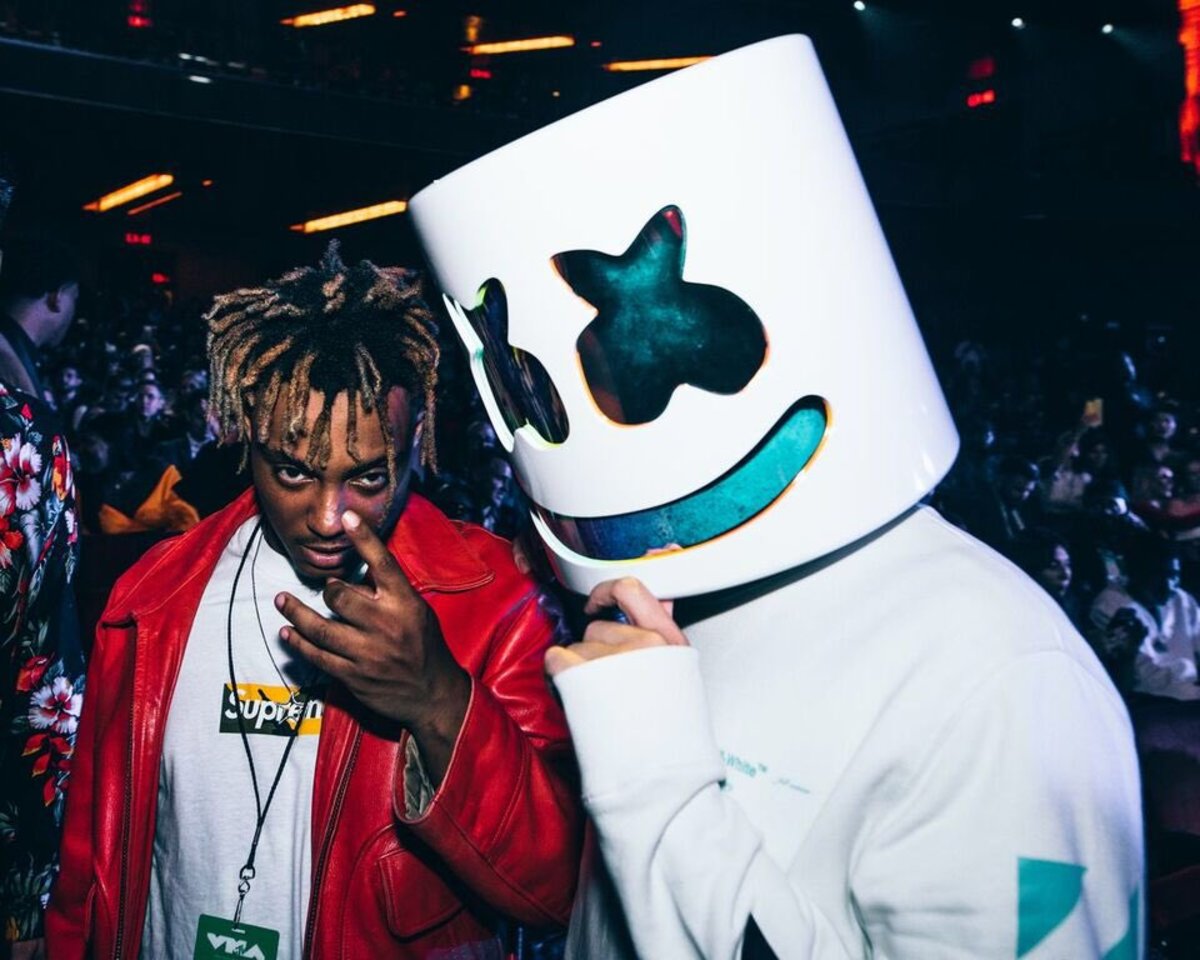 The lead single from Legends Never Die, "Righteous," was released in April 2020. Two more singles followed, which are collaborations with Trippie Redd ("Tell Me U Luv Me") and Halsey ("Life's a Mess"). "Come & Go," which was released yesterday, July 8th, features Mello's future bass-inspired production, highlighted by guitar riffs that blend seamlessly with Juice's hip-punk style.

Marshmello, who teased the single back in 2018 prior to Juice WRLD's tragic death, took to Twitter to wax poetic about the late Chicago hip-hop artist, calling him "one of the most talented people" he has ever met.

"We were both constantly on the same page when it came to music and the time we spent together were some of the most exciting times I’ve ever had in my entire life," he continued. "Watching you take breaks to do wheelies on your dirt bike and then come back and finish a whole song in one take was normal and to be able to be on this album with you and show the world what we made together means so much to me. You were a great person and I miss you everyday."