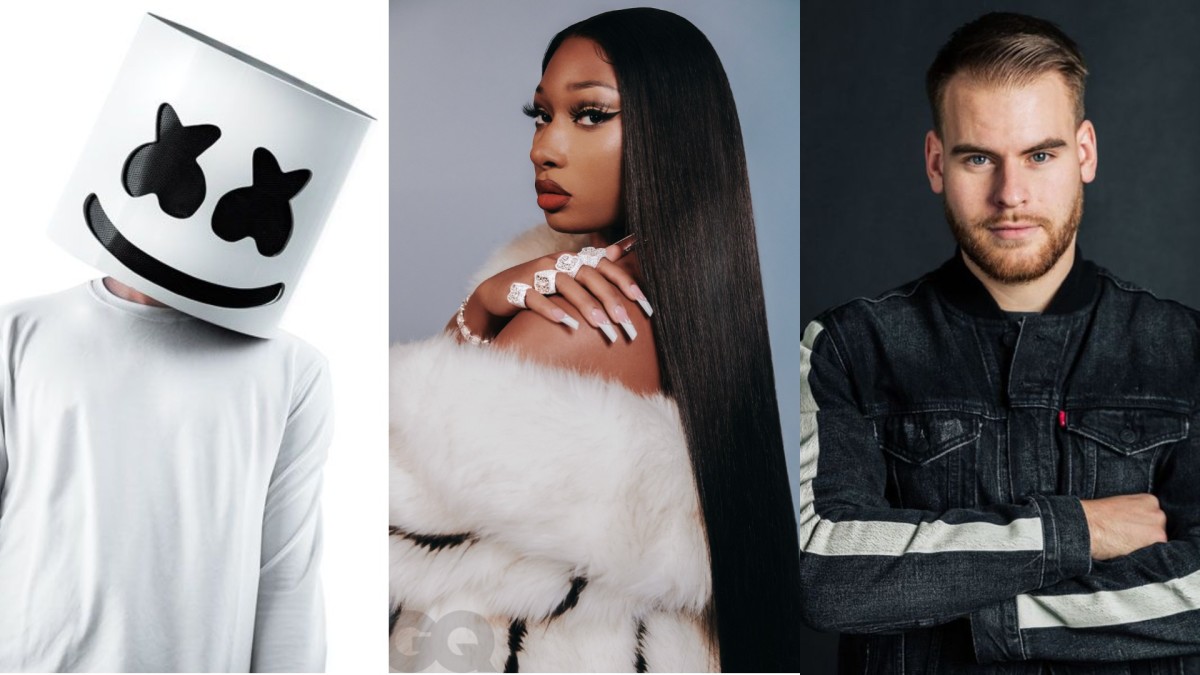 It's shaping up to be another meteoric month for Marshmello after the masked producer dropped his second high-profile collaborative track in less than a week.

Following up on "Hitta" alongside Eptic and Juicy J, Mello has now joined forces with Nitti Gritti and Megan Thee Stallion for a club-ready collaboration called "Bad Bitches," which will appear on his upcoming Shockwave LP.

Seeing these three artists in the title, we didn't necessarily expect house to be the genre of choice, but Marshmello is is known to keep his fans on their toes. Similar to his production efforts on the ferocious "Hitta," his latest single harkens back to the superstar producer's dance music roots, albeit in a much different capacity.

The track features high-energy bass sonics characteristic of the relentless rhythms which Nitti Gritti has built his trade. With crisp drums and minimal melodic synth work, Megan's vocals take a central focus and play heavily off of her knack for hyping up a crowd. The creative choice to leave the recorded live crowd vocals in the final cut speaks to this, as though the three are channeling main stage festival energy straight through your speakers at home.