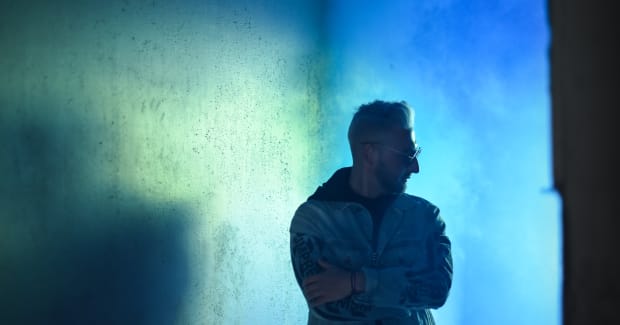 Matt Sassari is a relatively new name in the techno scene, but his latest single sounds like it was produced by a seasoned vet. And at this rate, that distinction seems like a foregone conclusion.

The track is called "Goi," and it's out now by way of There Is A Light Records alongside a remix by Ramon Tapia. Dark, hypnotic and replete with industrial sound design, "Goi" is signature Sassari. The blue-ribbon techno tune blends soulful vocal samples with ominous soundscapes, all driven by a relentless bassline that chugs and churns with ferocity. It's a dichotomy that eludes many producers, but one that Sassari has clearly mastered.

Tapia's remix goes even deeper into the techno netherworld, dialing up the tempo in his heart-racing remix. All in all, both songs plunge listeners into a spellbinding dance arrangement akin to a rabbit hole—and isn't that everything you could want in a techno track?

Check out both "Goi" and its remix from Tapia below.

Hailing from Marseille, France, Sassari seems to be strapped into a rocketship to electronic music stardom. The blossoming techno and house producer has garnered support from a number of the genres' pathfinders, such as Carl Cox, Nicole Moudaber, Adam Beyer, Joseph Capriati and Chris Leibing, among others. He's also released music on esteemed record labels Terminal M, Intec, Tronic, Relief, Sci + Tec and more.

"I produced 'Goi' a couple weeks after the first lockdown here in France," Sassari explained in a press statement. "It was an uncertain time—full of stress and anxiety—but in a strange way, I found it very inspiring. 'Goi' means many things to me; I started to produce the track with a soulful vocal, adding punching bass and industrial noise with a classic touch of Sassari."

You can find "Goi" on your go-to streaming platform here.