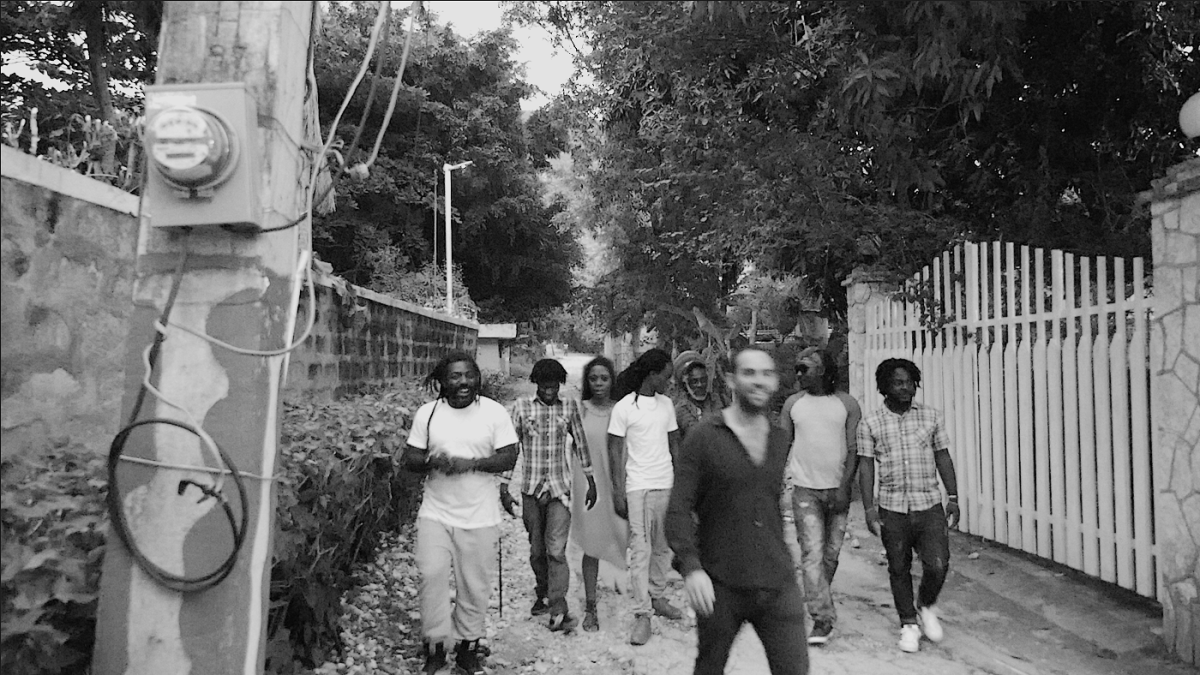 While the iconic trio have been rather quiet since dropping the bombshell that they're working on their third album a few months ago, founding member Joseph Ray has been releasing music solo. This includes his critically acclaimed collaborative album Leave the Bones with Haiti's Lakou Mizik.

For those unfamiliar with the band, Lakou Mizik was founded after the catastrophic 2010 earthquake in Haiti with a goal to "show the world that their country was much more than the sum of headlines that were being shot around the globe."

Now, Ray's fellow members have joined in and released their own remix of one of the album's singles, the riveting "No Rival!." While the original features a lengthy call to action, focused solely on vocals before introducing a high-speed beat, the original adds in some futuristic synths to cultivate the cyberpunk-esque atmosphere fans know and love.

According to a press release, Ray and Lakou Mizik channeled the spirit of Haiti's signature Rara music. Commonly played at street celebrations around the country, artists and performers use instruments like horns and drums to create a sound that celebrates Haitian culture.

In addition to the album and subsequent remix, the artists involved have joined forces with the Artists Institute of Haiti for a fundraiser to help the country's young creatives. The institute will help musicians, photographers, dancers, visual artists, and others in support of their futures and promote Haitian art around the world. You can learn more about the cause and support the next generation of Haitian artists through the organization's GoFundMe.

You can download or stream NERO's remix of "No Rival!" here.