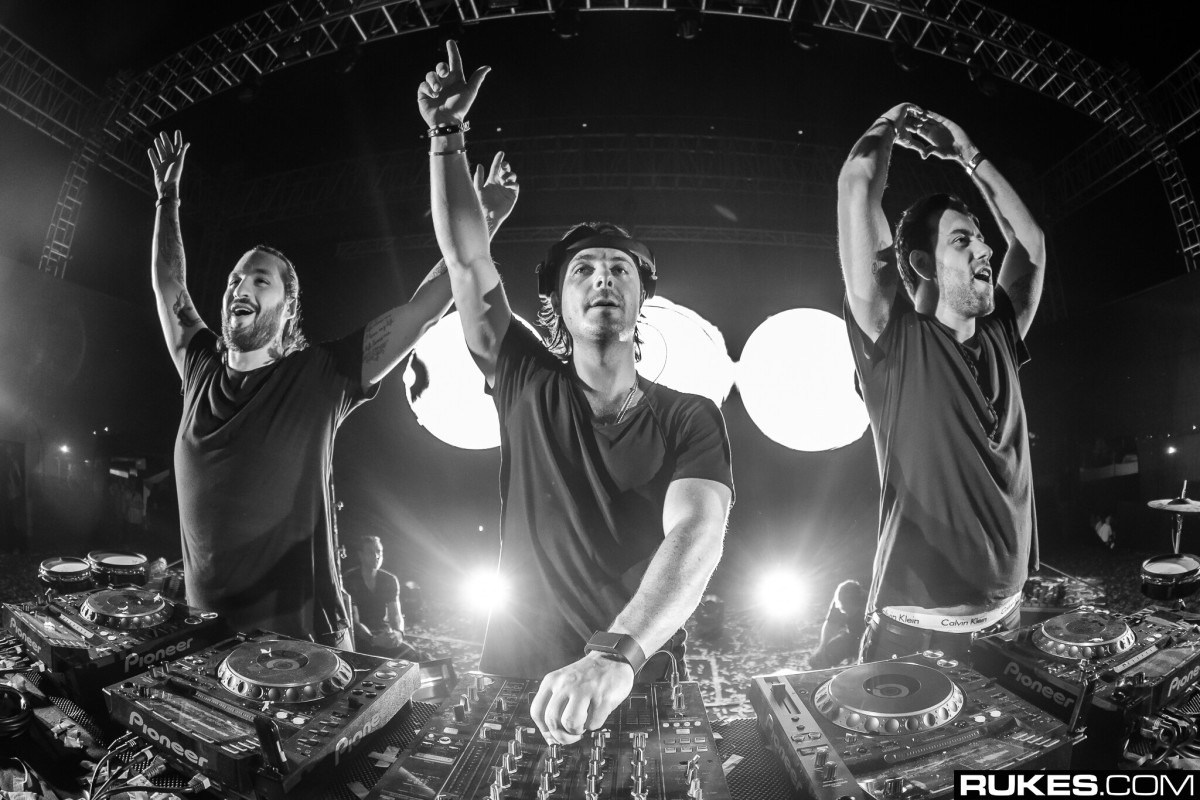 It's hard to believe we're just now hearing the debut album from Swedish House Mafia. Sauntering at the pinnacle of an eruptive EDM boom in the early 2010s, the trio had reached the promised land on the heels of their many generational dance anthems. But a fractured dynamic in the band led to its shocking disbandment, which deflated the electronic music community like a left hook from Mike Tyson.

And as Sebastian Ingrosso, Axwell, and Steve Angello explored solo endeavors, the group's detachment ultimately settled in as an axiom that their once-harmonic relationship had gone irretrievably sour.

But even the most broken things can heal with time.

That brings us to today, when Swedish House Mafia finally released Paradise Again, an album nearly a decade in the making and one that many thought would never happen. Embracing a more ominous sound, the album harkens back at times to that troubling period. And by doing so, it reminds us to own our darkest moments and use them to chart a course for our own growth. After all, who are we if not doppelgängers of ourselves from years past?

But thanks to its sanguine lyricism and warehouse rave-inspired sound design, Paradise Again is a markedly spirited album, and one that should have us thrilled about the future instead of harping on the past.

The 17-track album kicks off with "Time," a sultry house cut featuring a stentorian Mapei, who conveys Swedish House Mafia's message loud and clear: "It takes time to heal / It takes time to know where your heart is at."

Paradise Again plunges deeper into the rabbit hole with "Mafia," a down-and-dirty midtempo bomb that could soundtrack an LSD-fueled joyride à la Fear and Loathing in Las Vegas. The hypnotic track sets the tone for the ensuing "Frankenstein," a mythical collaboration with A$AP Rocky which many fans thought would never escape the band's hard drive. Here, Swedish House Mafia produce a languid hip-hop banger designed for moshpits.

With an aching touch, the titular "Paradise Again" arrives about halfway through its namesake album. Its cinematic, lingering verse eventually culminating in a resonant drop, the slow-burning track is reminiscent of the band's long-drawn-out road to returning.

Swedish House Mafia really find their stride in the second half of Paradise Again, where they twist the knife into their darker approach. Perhaps no track better serves that purpose than "Can U Feel It," a captivating rush of minimal techno with tinctures of jungle influences. They then follow with "19:30," a quirky and ferocious cut with an industrial warmth akin to melted butter.

Tying a bow on Paradise Again is its aching coda, a soul-stirring track called "For You" that moonlights as a fist-bump to the band's fans who stuck with them since that fateful moment in 2013.