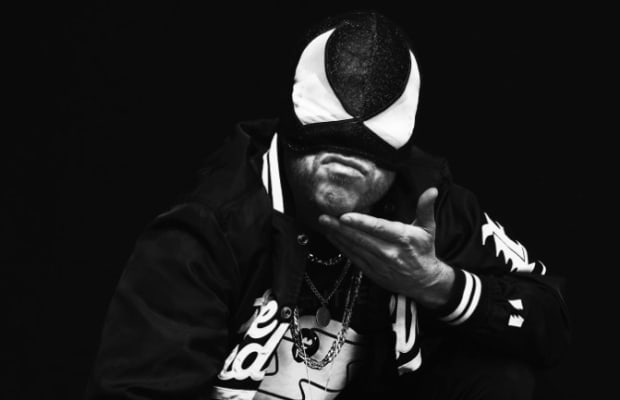 The Bloody Beetroots cannot be held responsible for speeding tickets obtained while listening to his new EP.

Late last summer, a new motorcycle simulator, RiMS Racing, hit the market. While the game normally wouldn't appeal to the EDM community, developers reached out to an electro house legend to craft its soundtrack. Released today was RiMS Racing Original Soundtrack by none other than Sir Bob Cornelius Rifo himself.

As you'd expect from The Bloody Beetroots, rapid-fire drums and whiplash-like synths take listeners on a trip towards the checkered flag.

While high-energy tracks like "BULLY," "BLOW," "EASY," and "EZEKIEL" will make fans of his classic "Warp 1.9" feel right at home, the darkened, slightly stripped-back bass featured on "READY PLAYER ONE" will align more with those who prefer shuffling over head-banging. "BLEEDING," on the other hand, is the perfect song for the near-Halloween release due to its creepy strings and haunting bass.

In support of the game's release, The Bloody Beetroots was featured in a behind-the-scenes video dedicated to the creation of RiMS Racing's audio. While much of the video focuses on the sounds of the bikes themselves, the latter half features the masked Italian musician.

In addition to the album release, those who play the game will have the opportunity to unlock various DLC items inspired by Sir Bob Cornelius Rifo's iconic look.

"The main elements that pushed and inspired me to direct and create the sound of RiMS are speed and adrenaline," The Bloody Beetroots said. "I really enjoyed working on this video game because it brought back that nostalgic feel of being a kid again and having so much excitement when I got a new game to play, and not being able to put the controller down. I was able to express that adrenaline rush that I felt back then, along with the thrill of riding actual motorbikes."

RiMS Racing is available for free on PlayStation 4, PlayStation 5, Xbox One and Xbox Series X|S until November 1st, with a limited access of three hours. You can stream and download The Bloody Beetroots' high-speed soundtrack here.