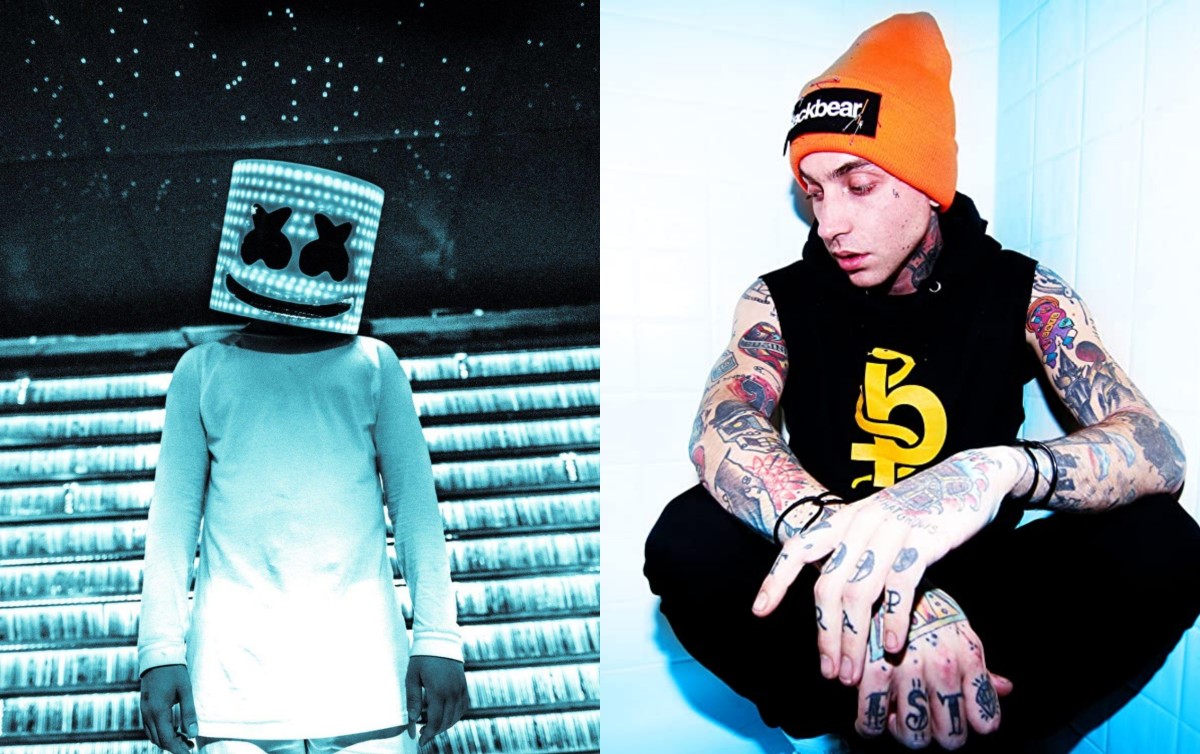 The masked artist produced the song "half alive," which, upon first listen, is an immediate standout on the album carried by the spunk of punchy drums and driving pluck basses. It's a particularly funky angle for the chart-topping producer, who underscores blackbear's storytelling vocals with a dependable riff of shining guitar chords.

The track aims for a rewarding grand finale, however, that puts the classic Marshmello sound straight in the driver's seat with a euphoric synth solo that brings the party anthem to a satisfying conclusion.

Together Marshmello and blackbear aim to achieve similar success relative to their previous effort alongside YUNGBLUD, "Tongue Tied," which climbed to the third spot on the Hot Rock & Alternative Songs chart. It was a long two years between Marshmello initially teasing a collaboration with blackbear in 2017 and the release of "Tongue Tied" in late 2019, but thankfully fans have not waited long for their follow-up effort.

Thus far, blackbear's album has demonstrated substantial chart traction with the lead single "hot girl bummer" launching into the Hot 100 and surpassing half a billion streams.