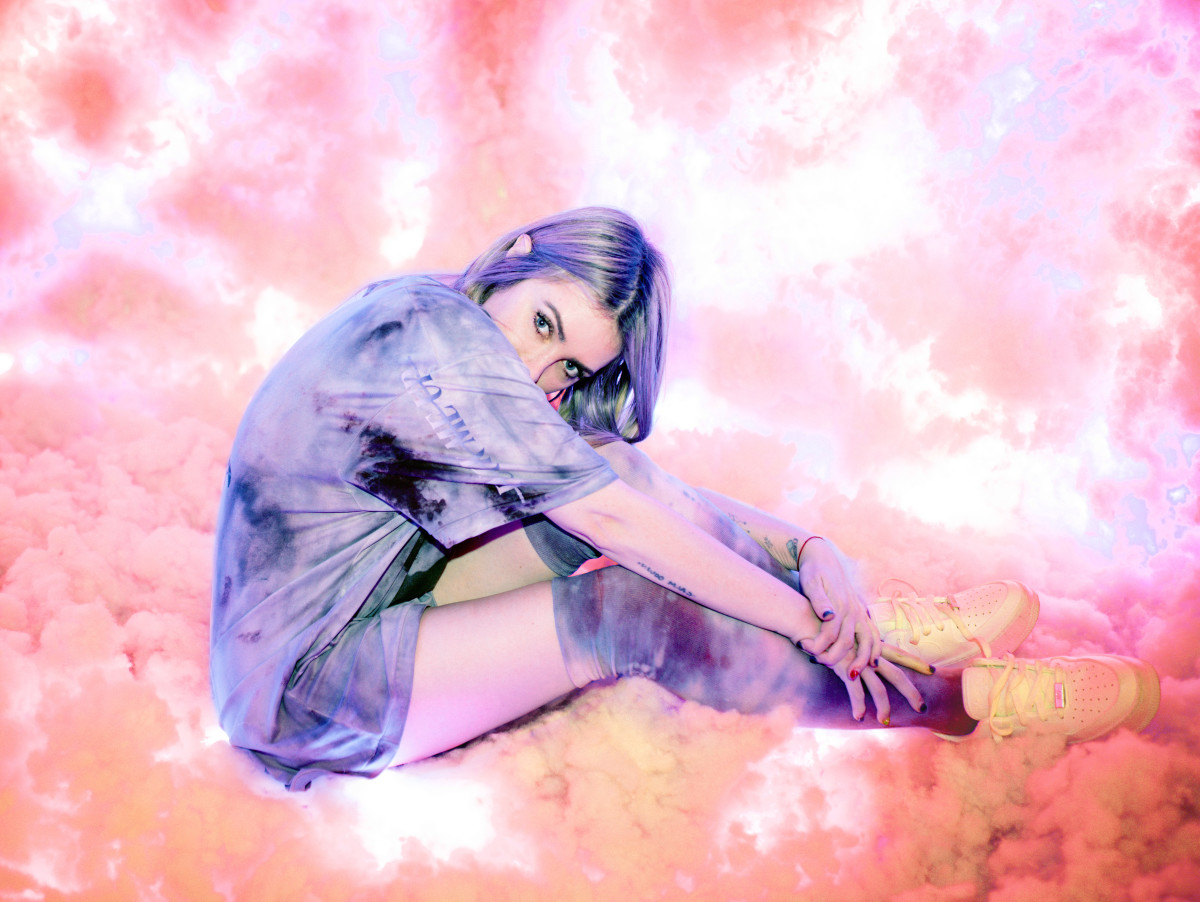 "My life was going a certain way before something pulled everything out from under me...I felt like I had hit my rock bottom," she reflected in a press release. It was a reckoning both personal and professional, as working on new music transformed from an emotional outlet into a rallying call.

"I realized that I have always seen myself as the victim of my story," she recalled. "This time, something shifted in me, and I decided that I didn't want to be the victim anymore."

Wonderland's third album, Loner, is out now and it's the sweeping result of this new awakening. And despite the title of her 2018 sophomore effort, Awake, it's actually this new 12-track project that finds Wonderland at her most lucid.

Loner is home to some of Wonderland's most sophisticated songs to date, leaning into arrangements more subtle than her typical modus operandi. Instead, they lean into deeply vulnerable lyrics and bewitching sound design. The record is representative of Wonderland's most raw self, stripped down to emotions that grow from desperation and submission into courage and empowerment.

The opening track of Loner, "Forever," is emblematic of the resulting ethos in just a few words. "It'll feel like forever until it doesn't," sings Wonderland, who says the album is the most "positive, hopeful" project she's ever written.

Then there's "New Day," which finds power in the whirring tones of its chorus and the prismatic bursts of bright arpeggios. Orchestral anthem "Bad Things" sees those arpeggios explode like fireworks against a minimalist bass backdrop, while "Fear of Dying" builds them into a cathartic breakdown that bellows like a crescendoing rock solo.

"I want something more than nothing," Wonderland pleads on the outstanding "Fuck U Love U." Its headbanger-pleaser drop finds masterful impact in synths that sound like a chorus of whistles.

It all comes to a close with the album's titular track⁠, a vortex of mind-warping sonics from which Wonderland emerges reborn. "I'm a loner. I'm alone now, and it's okay to cry," she declares.

Loner hasn't forgotten the darkness from which it was born, replete with sonic tinctures that harken back to its creator's sobering memories. There are even tracks—like the drum & bass cut "Eyes Closed" and menacing trap heater "Thirst"—which fully embrace it. "Cocaine," Wonderland playfully revealed during her pop-up album release party in L.A. livestream, is dedicated to all of her least favorite people in the music industry.

"I refuse to let sadness overcome me. Everything comes in waves, up and down and back again," Wonderland concludes on the interlude track "I'm Doing Great Now" (just play it backwards to hear the not-so-cryptic message). "It'll all make sense in the end. I only accept love."