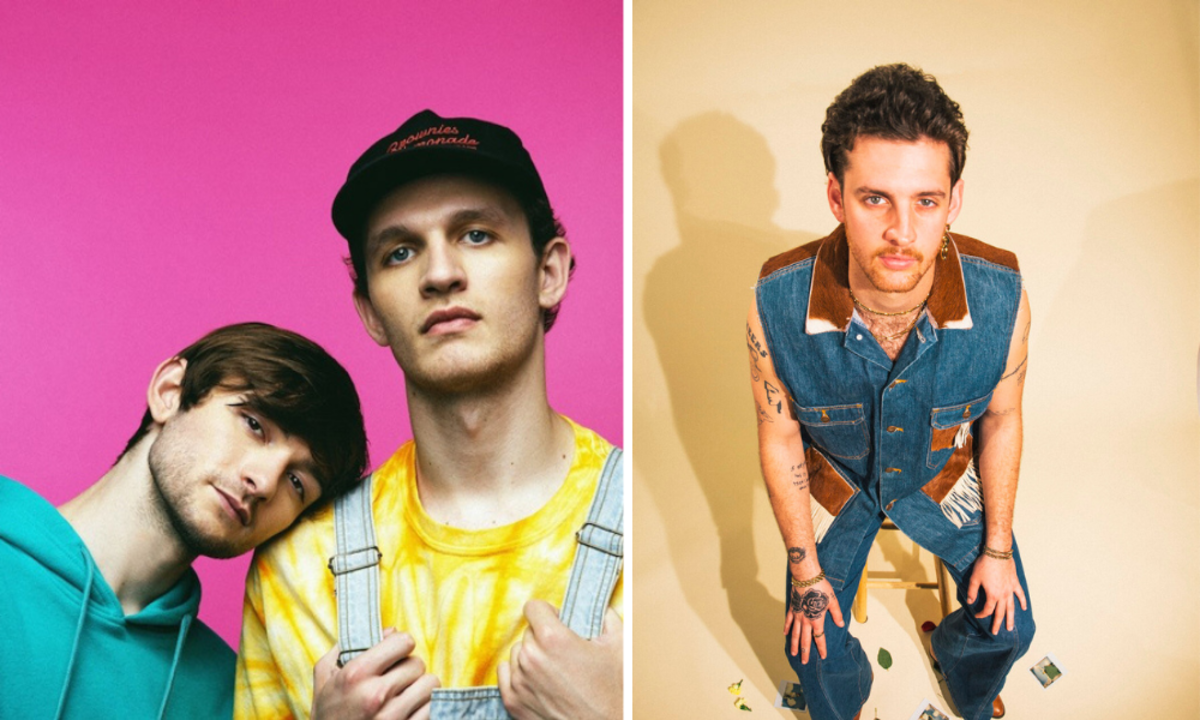 Chicago-based duo Louis The Child teamed up with rising singer/songwriter BabyJake for their newest single, “Somewhere Else.” The song premiered on YouTube with a soulful music video that was filmed at California’s beautiful Mammoth Mountain. Detailed on their Instagram story as a blessing in disguise, their original plans to shoot the music video were canceled due to the current COVID-19 pandemic. This forced them to pivot and explore Mammoth for a few days, scouting different locations finally resulting in their exhilarating masterpiece.

The dynamic vocals of BabyJake tell a story about the frustrating challenge of working hard to become a better person, yet still feeling off-track. That internal struggle is expressed throughout the song with a roaring, saturated bass and riotous drums. In typical Louis The Child fashion, they manage to find beauty among the mess. The music video reflects this duality, featuring marvelous landscapes, vibrant colors, and youthful adventure.

Although it was a difficult year, 2020 did not hinder Louis The Child. They released two albums, Candy II and Here For Now, featuring talents like Whethan, TroyBoi, Vera Blue, Quinn XCII, Chelsea Cutler, and Foster the People. At the onset of 2021, all of their efforts culminated in reaching one billion streams on Spotify. Their music seems to have an element of magic to it, pulling at the heartstrings while simultaneously creating a childlike wonder. Using artful production skills along with meaningful lyrics, the duo urges its listeners to be in the moment and enjoy life.

Fort Myers native BabyJake put himself on the map in 2016, when his debut EP, The Little Mess, amassed over 1.3 million streams. After linking up with the legendary DVLP, who’s produced records for the likes of Eminem and Lil Wayne, the vocalist landed a deal with School Boy Records and Republic Records. More recently, the musician has teamed up with Dillon Francis for the popular tunes, "You Do You" and "Touch."

Listen to "Somewhere Else" now.