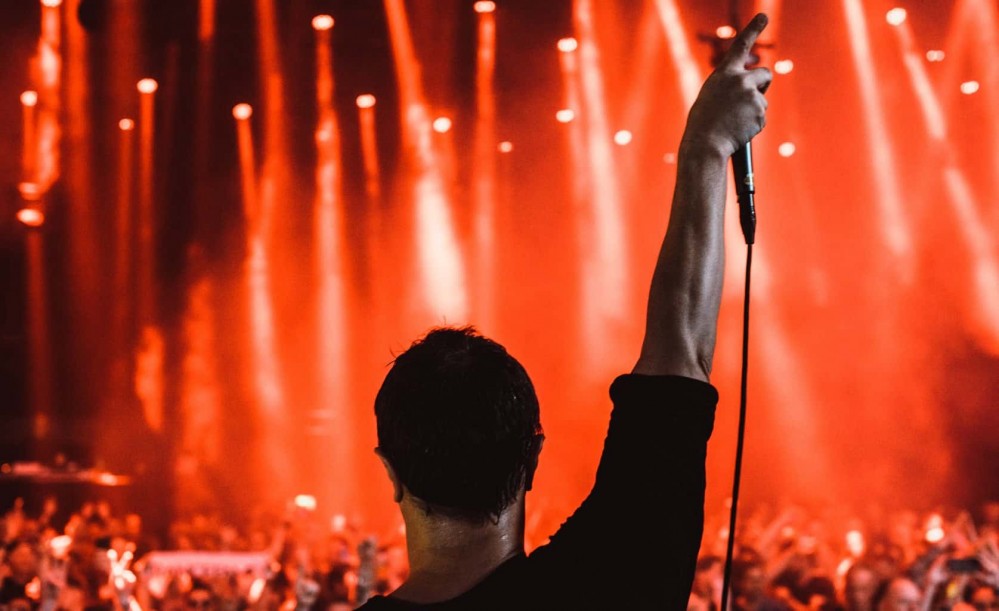 “Once you pop ‘the champagne’, you know, the mood the changes”. Markus Schulz is one the leaders in the trance scene and his fans strive to attend one his infamous open to close events across the globe. Last ADE I had the chance to attend his open to close event at Melkweg in Amsterdam during the 2019 edition. While this may be a bit old, I couldn't think a better time to drop it when everyone has a bit time to catch up on some reading. Check out an in-depth interview with Markus below!

MS – “The coolest thing about Melkweg is that everyone was telling us we couldn’t do it. ‘You need four or five DJs on the line-up because there’s so much competition’. And we were really like no, I think we need to do it this way, because I do these open till close sets all the time, all over the world at the top venues. It takes a special venue to do an open-till-close. You can’t do them just anywhere. The culture needs to be right in the city, the sound, the light, there’s a certain vibe that needs to happen. We don’t have that here in Western Europe, really. Pre-Melkweg, the last one I did in Western Europe was in Berlin and ZaZaSu in Prague. But we thought this is an international crowd for ADE, everyone’s here from all over the world, so let’s do it. When it sold out the first year, we were blown away. Said ‘we couldn’t do it’ and look at this. That was four years ago and we’ve done it for the fourth time. At the same time though, it’s a lot pressure. You can’t just roll up for these shows and just plug in & play. It is a lot preparation that goes in. Musically, I’ve been prepping for three months. I did and open-till-close just this last weekend in Montreal at Stereo. I went from 2 in the morning till 12.30 pm in the afternoon. That was like a rehearsal to get ready to get ready for this.”

MS – “And Stereo’s a legendary club. I think I’m one the only trance guys to play there. It’s all the techno and underground guys, but my style during the open-till-closes is a lot different. It’s a lot deeper. I call it ‘fragments melody’ you know. Trance is melody and what I do for the open-till-closes is a groove with the fragments melody, cos you can be patient. You can really spread out. It doesn’t have to be all bang, bang, bang”

ES: You don’t have to force it?

MS – “Exactly. You can just bring in the melody at a time when you know its gonna spike it.”

MS – “I always say that to really see the light, you must first truly see the dark. Do you know what I mean? It’s about contrast. And that’s what the beautiful thing about open-till-closes’. You keep it dark and it makes the light part, the melodies and all feel that much more powerful.”

ES: what about reading the crowd?

MS – “God, that’s key. You have to know when to pop ‘the champagne’. I always say the most important thing on an open-till-close is patience. Yeah, you’ve got these big tracks and you’re ready to drop them, but you think no, no, no, I’ll wait ten more minutes. You look at the crowd and think ‘no, I’ll wait for another five’ or whatever and then it’s like ‘now’!”

ES: you have the bullet in the pistol, but you don’t pull the trigger right away.

MS – “Yeah, or like having the champagne on ice, you know. Once you ‘pop the champagne’, you know, the mood changes. So you have to be careful as to when that happens.”

ES: What are some the pitfalls these types nights?

MS – “Oh I mean obviously there’s the physical side. Physically it’s pretty heavy. I try to stay fit, generally. I go to the gym, work out – that’s a big part it. Mentally too though – your brainwaves are so active for so long. I think the hardest thing about it though is shutting f after, you know!? You get back to your hotel room, you close your eyes and you can still see the flashing lights, the crowd – your brain is still scanning through songs, tempos, keys and everything in your head – it’s super-hard to shut f after. I think that’s the hardest part it.”

ES: what do you do to prep right before? Do you eat the same thing or have a regimen?

MS – “Before an open-till-close, I try to have some carbs, but eat light. I drink only water. Only drink water during the open-till-closes ‘cos I always sweat everything out. I know this is probably already in your list questions, but people ask me ‘do you go to the bathroom?’ and I don’t. I sweat it all out. The way you do it is when you sleep for 10 or 12 hours you don’t wake up in the middle the night to go to the bathroom. So you’re almost hypnotized – you’re in the zone and you’re sweating everything out. So that part doesn’t really come into the equation the open-till-close. I’ll be honest with you, as long as you’re not drinking alcohol – I mean I wish I could enjoy the party in the same way as everybody else, but I’m there and laser-focused and enjoying it in a different way. I’m the type person who’ll go out and have a drink on my days f, but never on show nights.”

ES: that makes sense. And what about the settings?

MS – “The places it works best are the warehouse-y places, but the clean and hi-tech ones. Places like Melkweg, Wynwood Factory, Stereo, etc. It’s a theatre in a way and that’s the thing that I love. I come from a theatre background – I’m hugely inspired by Cirque du Soleil and I think about ‘the theatre’ that goes into a show. When I open doors it can’t be like the techies still screwing in the light bulbs or the barbacks still crossing the dancefloor with buckets ice or whatever. When the doors open the stage has to be completely set. Then the mood is set. I’m very much from that theatre background to the point where, I mean – I don’t like to be that guy, but if something ‘ain't right I don’t let them open the doors.”

ES: So your soundcheck is…?

MS – “Important! Cos you don’t have an opening DJ. Opening DJs’ responsibility is to make sure everything is right. The sound is right, the booth is right, the set-up is right – everything’s perfect. By the time you come on in the middle the night, everything’s done. It’s all set, right. When you do an open-till-close, there are people that walk into that place ready to go from the very beginning. The music is going and you, yourself see that very first girl or guy come in. So you’ve gotta have everything ready. The mood has to be set.”

ES: Finally, the high echelon DJs in trance, yourself, Armin, , Aly & Fila, they’re all on the upper age side.

ES: That’s what I was gonna say. Now who do you think from under the A-listers, where are those one or two names that you see finally cracking the A-list.

MS – “Well here’s the thing. You look at it, the young ‘guys’ are already out there, but they’re not ‘trance’ – they’re categorized as something else. For example Seven Lions – look at Seven Lions – it’s future bass. But its DNA is trance. He’s working with Fiora, I worked with Fiora, Armin worked with Fiora. His melodies, you know these beautiful arpeggios are trance. Our trance DNA is out there in the younger generation, but it’s wearing a different jacket. Look at the techno world. You’ve got some amazing young techno artists and tracks and it’s trance. So I think the term ‘trance’ is venerable and people no longer embrace it in the same way they did when they talk about what style they’re into. But its DNA is unmistakable and it's out there. Trance in its purest form to the younger generation is a dated term. It feels old. But the DNA trance – its sound print is out there and we have our DNA in every genre music and to me that’s amazing. I can’t think anything other than trance and house that has that. It is the foundation – it’s the yin & yang the entire EDM scene.”

ES – Yeah, it is. It’s just that one hinges on the melodies and the other on the grooves.

MS – “But I agree – we have this problem all the time. We’re talking about Coldharbour Night and saying ‘hey, what artists shall we ?’ We need young and upcoming artists that are going to be able to sell another 500 tickets and you say who’s out there? A lot these trance guys are great, but they have to be part a brand, you know? It’s tough. That being said trance is alive and well in its current form, it’s just the DNA it is in different categories. Porter Robinson is another. You cannot tell me his DNA isn’t in trance. Even in the techno world, Nicole Moudabar, I heard her play Push’s ‘Universal Nation’ in her set and Nina Kraviz plays old Bonzai gear in her sets all the time. The DNA is out there and we should be really proud that.”