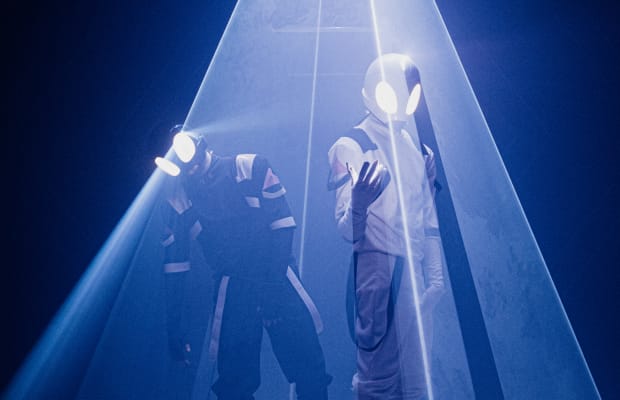 When AREA21 made their debut back in 2016 with the massively successful singles “Spaceships” and “Girls,” they were rather hesitant to reveal their identities and opted for a secretive persona. Fast-forward to 2021, however, when Martin Garrix and Maejor are embracing themselves as AREA21 while showcasing immense growth in their storytelling abilities and collaborative power as a duo.

Following a series of singles and animated music videos that were carefully rolled out over the past 9 months, AREA21 have now finally released Greatest Hits Vol. 1, fully realizing their potential as one of the most exciting crossover acts in dance music. Spanning 12 tracks, the record follows the adventures of M & M, Martin Garrix and Maejor’s alien alter egos, as they tackle some of life’s biggest questions and transform them into thought-provoking and relatable music.

Maejor’s charismatic vocal performances and Garrix’s vibrant, playful production are a match made in heaven. Songs such as “Pogo” and “Mona Lisa” are pure, unfiltered fun while others, like “Followers” and “Human,” take on serious matters such as social media addiction and racism. Finally, the album's explosive closer “Going Home" features a kids choir from a local school in Amsterdam and moonlights as the aliens’ “farewell” to planet Earth with a promise to come back one day.

“I’ve never released this many songs before at the same time, so I’m nervous about it," Garrix said in a statement. "But that nervousness gets overshadowed by excitement, adrenaline and passion. This project means so much to us both musically and conceptually. I’ve had some of the best moments of my life working on these songs and we can’t wait to finally share them with the world."