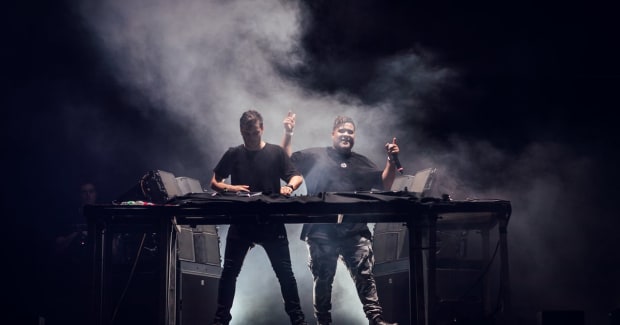 We're running out of superlatives for Sentio.

In a matter of a month, Martin Garrix's debut club album has flat out dominated the electronic music landscape—and it isn't even out yet. He's released a staggering eight singles from the record, which is now a week from hitting streaming platforms in full.

The latest single is "Find You," a collaboration with Dutch compatriot Justin Mylo and Grammy Award-winning singer-songwriter Dewain Whitmore, who teamed up with Garrix nearly four years ago for 2018's "Burn Out." They've gone the progressive house route this time around, releasing a euphoric progressive house anthem with aching, lovelorn lyricism courtesy of Whitmore.

Take a listen to "Find You" below.

"Find You" is the eighth and final single to be released from Sentio, which will drop in full on April 29th. Previous tracks include collabs with Zedd ("Follow"), Brooks ("Quantum") and Julian Jordan ("Funk").

You can take a listen to each Sentio single currently available below.